Lichtenstein Honored for Support of Many University Initiatives, Including Southampton’s Creative Writing and Film Programs, the Pollock-Krasner House and Study Center, the Turkana Basin Institute in Kenya, and Centre ValBio in Madagascar 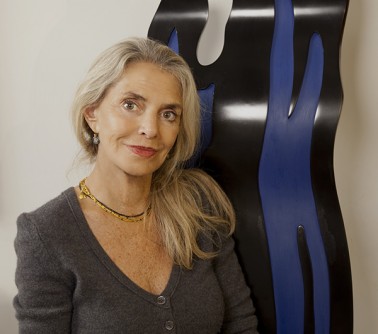 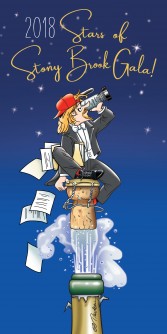 Newswise — Stony Brook, New York, March 13, 2018 – Stony Brook University will honor Dorothy Lichtenstein at its 19th Annual Stars of Stony Brook Gala, Wednesday, April 11 at Pier Sixty at Chelsea Piers hosted by the Stony Brook Foundation with special guests and friends of Stony Brook Southampton television journalist Jane Pauley and "Doonesbury" creator Garry Trudeau. Lichtenstein is being recognized for her long-running support of a host of University arts and cultural programs, including the Stony Brook Southampton creative writing and film programs that provide a vibrant incubator for emerging and established writers and filmmakers located on Long Island’s East End and in Manhattan.

Since its inception in 2000, the Stony Brook Foundation Stars of Stony Brook Gala has raised nearly $50 million to support student scholarships and a featured academic program of excellence. This year’s Gala is celebrating the Stony Brook Southampton creative writing and film programs.

A Stony Brook Foundation Trustee since 2008, Lichtenstein has been a passionate advocate for the University’s arts programs at Stony Brook Southampton and at Stony Brook’s Pollock-Krasner House and Study Center, the home and studio of artists Jackson Pollock and Lee Krasner. Lichtenstein’s philanthropy is felt across the Stony Brook campus through her support of scholarships and in the University’s programs around the world. She has made significant investments in both the famed paleoanthropologist Richard Leakey’s research on human evolution at Turkana Basin Institute in Kenya and Indianapolis Prize-winning Patricia Wright’s conservation work at Centre ValBio in Madagascar. The depth of her support inspired SUNY to confer Ms. Lichtenstein with an Honorary Doctorate in 2014.

“For well over a decade, Dorothy has helped foster the creativity of a new generation of fine artists, writers, filmmakers and cultural thinkers, ones who are going on from Stony Brook to make our world a fuller, more vibrant place,” said Richard Gelfond, ’76, chair of the Stony Brook Foundation. “Dorothy’s commitment to advancing the arts has touched nearly every corner of the University and, of course, much of the world.”

Stony Brook University President Samuel L. Stanley Jr. noted: “It’s a privilege to have the enduring passion, vision and support of Dorothy Lichtenstein. Not only for championing the arts here at Stony Brook, but also for partnering with us in other priority areas such as scholarships and the important work we’re doing in Madagascar and Kenya. Dorothy is the prime example of a strong and growing number of community leaders who are dedicated to Stony Brook University’s noble mission.”

“Stony Brook University has long held a special place in my heart, especially the energy and imagination of the students as well as the teachers and administrators who create the framework for their dreams to become realities,” said Lichtenstein. “There is no more important work than training the next generation of creative artists. It’s a pleasure to be honored and a delight to see such a world-class incubator for all forms of art take hold and flourish at Stony Brook Southampton.”

Led by Associate Provost Robert Reeves, the Stony Brook Southampton creative writing and film programs gather together graduate and undergraduate storytellers pursuing a broad variety of outlets, under the mentorship of a renowned faculty of working professionals.

Creative writing students cultivate their craft by developing original work, while also acquiring the necessary skills to pursue and succeed in their vocation as independent, imaginative poets and authors.   Students in the University’s graduate digital film program, the first in SUNY history, focus on screenwriting, writing for television, direction and producing, and gain real-world, hands-on experience with Christine Vachon and her award-winning independent production company Killer Films and other affiliate film production companies.

Pulitzer Prize-winning artist Garry Trudeau has created a special image for the Gala program in honor of Dorothy Lichtenstein. For more information and to purchase tickets, please visit: http://www.stonybrook.edu/gala

Stony Brook University is going beyond the expectations of what today’s public universities can accomplish. Since its founding in 1957, this young university has grown to become one of only four University Center campuses in the State University of New York (SUNY) system with more than 25,700 students, 2,500 faculty members, and 20 NCAA Division I athletic programs. Our faculty has earned numerous prestigious awards, including the Nobel Prize, Pulitzer Prize, Indianapolis Prize for animal conservation, Abel Prize and the inaugural Breakthrough Prize in Mathematics. The University offers students an elite education with an outstanding return on investment: U.S.News & World Report ranks Stony Brook among the top 40 public universities in the nation. Its membership in the Association of American Universities (AAU) places Stony Brook among the top 62 research institutions in North America. As part of the management team of Brookhaven National Laboratory, the University joins a prestigious group of universities that have a role in running federal R&D labs. Stony Brook University is a driving force in the region’s economy, generating nearly 60,000 jobs and an annual economic impact of $4.65 billion. Our state, country and world demand ambitious ideas, imaginative solutions and exceptional leadership to forge a better future for all. The students, alumni, researchers and faculty of Stony Brook University are prepared to meet this challenge.