As College Graduates Hit the Workforce, So Do More Entitlement-Minded Workers 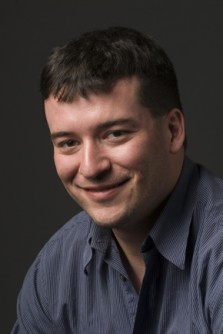 Paul Harvey, assistant professor of management at the University of New Hampshire

Newswise — As thousands of Generation Y college graduates flood the workforce this spring, the nation’s employers may want to brace themselves for a new crop of entitlement-minded workers.

Research conducted by Paul Harvey, assistant professor of management at the University of New Hampshire, shows that members of Generation Y are more entitlement-minded than older workers. For employers, that means more employees who feel entitled to undeserved preferential treatment, who are more prone to get into workplace conflicts and who are less likely to enjoy their job.

“Managers have reported a lot of problems associated with this – primarily that these employees have unrealistic expectations and a strong resistance toward accepting negative feedback. Basically entitlement involves having an inflated view of oneself, and managers are finding that younger employees are often very resistant to anything that doesn’t involve praise and rewards,” Harvey says.

According to Harvey, people who feel entitled to preferential treatment more often than not exhibit self-serving attributional styles -- the tendency to take credit for good outcomes and blame others when things go wrong. And people with self-serving attributional styles are less happy in their jobs and more apt to cause conflict in the workplace, especially with their supervisors.

So what should older workers do when faced with younger co-workers who have a tendency to take credit for work they didn’t do? Harvey says one way to help combat a coworker with a self-serving bias is to document and collect evidence that may be useful in establishing who is responsible for positive and negative results.

“If you fear a coworker might take credit for something good you’ve done, it’s smart to keep evidence of your involvement in the outcome. For example, an email from a stakeholder thanking you for your effort or performance on a task that can be used to refute the claims of a coworker trying to take credit for what you have accomplished,” Harvey says.

“It’s also important to remember that even relatively objective people often have a slight self-serving bias. So before engaging a coworker for blaming you for a problem you feel you did not create or taking credit for a good outcome you think you are responsible for, it might be smart to make sure you’re being totally honest with yourself, too,” he says.

“A great source of frustration for people with a strong sense of entitlement is unmet expectations. They often feel entitled to a level of respect and rewards that aren’t in line with their actual ability and effort levels, and so they might not get the level of respect and rewards they are expecting. They feel cheated and might try to obtain rewards they feel they are entitled to through unconventional, unethical means. This might involve behaviors like manipulating performance data to achieve higher bonuses, which have been linked to many of the problems we’ve seen recently,” Harvey says.

Harvey advises supervisors to remove as much ambiguity from situations as possible. To the extent possible, document who does what so that credit and blame can be accurately determined. He also suggests supervisors make sure everyone understands the organizational structure so that they understand who is responsible for what. He cautions, however, that this is easier said than done.

“In a recent study we found that managers who tried to correct entitlement perceptions through high levels of feedback and communication were often unsuccessful. In fact, in many cases these techniques actually appeared to make the problem slightly worse,” Harvey says.

And when it comes to new hires, Harvey suggests employers screen their entitlement levels. There are a number of ways employers could screen the entitlement levels of would-be hires, such as through surveys or interview questions, he says. For example, a hiring manager could ask a prospective employee the following: “Do you feel you are generally superior to your coworkers/classmates/etc., and if so, why?”

“If the candidate answers yes to the first part but struggles with the ‘why,’ there may be an entitlement issue. This is because entitlement perceptions are often based on an unfounded sense of superiority and deservingness. They’ve been led to believe, perhaps through overzealous self-esteem building exercises in their youth, that they are somehow special but often lack any real justification for this belief,” Harvey says.

The University of New Hampshire, founded in 1866, is a world-class public research university with the feel of a New England liberal arts college. A land, sea, and space-grant university, UNH is the state's flagship public institution, enrolling more than 12,200 undergraduate and 2,200 graduate students.

PHOTOPaul Harvey, assistant professor of management at the University of New Hampshirehttp://www.unh.edu/news/img/harvey.jpg