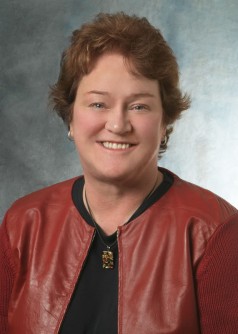 Newswise — Longer lifespans, due to advances in medicine and public health, mean people are living longer with multiple chronic conditions.

To help people avoid long, slow declines in health, the national health-care system should promote disease prevention earlier in life instead of emphasizing short-term care, as it does now, suggests a nurse scientist with the Frances Payne Bolton School of Nursing at Case Western Reserve University.

The commentary, written by Elizabeth Madigan, the Independence Foundation Professor of Nursing, with other nurse scientists, was published recently in the journal Research in Gerontological Nursing.

The health-care system should set patients up for a so-called “mortality cliff,” advises Madigan, rather than a “morbidity slope,” meaning a long, slow decline, such as failing to address high blood pressure, leading to a stroke, functional decline and poor quality of life.

“Each of us is going to die,” Madigan said. “It’s better for a person to be as healthy as possible right up until the moment they die. That’s the mortality cliff.”

Yet the current cost structure in the health-care industry is chaotic, writes Madigan, encouraging providers to focus care on significant health events that require admittance to hospitals and other nursing facilities, along with a litany of tests and/or procedures.

Nationally, the issue will become increasingly acute; by 2060, nearly 100 million people in the United States will be older than 65—more than twice the country’s current count—according to the U.S. Department of Health and Human Services (HHS).

“We need to start getting serious with patients at an earlier age—obesity prevention, smoking cessation, pushing physical activity, disease prevention—before chronic conditions develop,” said Madigan. “If we wait until 65, it’s too late.”

One such model sets aside a single pot of money for each patient for each procedure; hospitals and other providers, like home health-care agencies, are required to provide high-quality care within a certain timeframe. Meeting financial and quality-of-care targets earn the health system a bonus—thus eliminating an incentive to keep patients longer than necessary.

By the year 2018, HHS aims to process half of Medicaid and Medicare claims under such alternative payment models.

Also among promising efforts: a national awareness campaign called “Choosing Wisely” (from the American Board of Internal Medicine Foundation) that helps patients only undergo essential tests and procedures. “Aiming for a mortality cliff can even come in small actions,” said Madigan, such as physicians writing prescriptions for patients to exercise 20 minutes a day, three times a week.

“If a nurse or physician says ‘You really need to stop smoking,’ that communication works and has an impact,” said Madigan.

Among the encouraging approaches also recommended by co-authors of the commentary:

• Hospitals offering comprehensive education to patients about their conditions, which has been shown to empower people to participate in aspects of self-care and setting recovery goals;

• Providing ongoing one-on-one coaching and guidance to patients and informal caregivers, such as family or friends, which shows potential to reduce re-hospitalizations and overall health care costs;

• Calling on nurses to administer care in home settings, which can save thousands of dollars, compared to the same care given in hospitals.