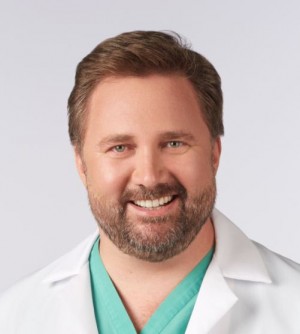 J Mocco, MD, MS, Vice Chair of Neurosurgery and Director of the Cerebrovascular Center for the Mount Sinai Health System

Newswise — (NEW YORK – January 25)  A new study, co-led by researchers at the Icahn School of Medicine at Mount Sinai and presented at the main event plenary session at the International Stroke Conference (ISC) 2018, has found that patients suffering a large vessel occlusion stroke (LVO), the most devastating kind of ischemic stroke, do just as well when treated with a direct aspiration first pass (ADAPT) approach than those treated with a stent retriever first-line (SRFL) approach.  Stent retrievers are the current standard of care for mechanical thrombectomy in patients suffering acute ischemic strokes.

“Our data strongly demonstrates that the two approaches are clinically equivalent, meaning that patients do just as well when you start with aspiration, or clot suction, as when you start with a stent retriever to trap and pull out the clot,” says J Mocco, MD, MS, Vice Chair of Neurosurgery and Director of the Cerebrovascular Center for the Mount Sinai Health System, who designed the study and presented the data at ISC 2018.  “COMPASS is the first trial designed to compare patient functional outcome between these treatment approaches and we found that patients do equally well with either treatment.”

Specifically, the COMPASS trial enrolled 270 patients into a prospective, randomized, open-label, blinded outcome assessment and core lab adjudicated trial to assess the clinical outcome of the patient, meaning how functional they were after treatment with either ADAPT using a large-diameter aspiration catheter (ACE™68) system, made by Penumbra Inc., or a stent retriever as first-line approach.  To compare clinical outcomes, researchers used the modified rankin scale for neurologic activity (mRS), a standard measurement of the degree of disability or dependence in the daily activities of people who have suffered a stroke which runs from 0 (no symptoms at all) to 6 (dead).  The data showed that the ADAPT technique was non-inferior to stent retrievers for treatment of large vessel occlusions with 52 percent of patients treated with Penumbra’s aspiration system achieved the primary endpoint of functional independence (mRS 0-2) at 90 days compared with 49 percent of patients treated with stent retrievers.  Revascularization speed demonstrated a non-significant trend in favor of aspiration with a 10-minute numeric advantage in achieving reperfusion success (p=0.0194).  Quality of revascularization was comparable between the therapies, with the final rate of revascularization success (TICI 2b) being 92 percent and 89 percent, for ADAPT and stent retriever, respectively (p=0.54).  Moreover, the percentage of patients achieving full reperfusion (TICI 3) was 38 percent for the ADAPT arm and 29 percent for the stent retriever arm (p=0.15).

Secondary safety endpoints presented, including embolization in new territory (ENT) and symptomatic intracranial hemorrhage (sICH), were not statistically different between the two arms.

A number of clinical trials published in 2015 demonstrated the superiority of endovascular thrombectomy (restoring blood flow to the brain by surgically removing the clot) over medical management (administration of clot busting drugs) for treatment of ischemic strokes.  The majority of stoke thrombectomy data to date has focused on stent retrievers, leading many to believe that they represented the gold standard of thrombectomy devices, as reflected by recent American Heart Association/American Stroke Association guidelines.  Results from this new study show that an aspiration-first strategy is at least as effective as using retrievable stents, and may even be faster, safer and cheaper.

“This study is very exciting because it shows that there are other ways to open the arteries that are just as effective and perhaps, less expensive.  Whether you approach the brain clot with suction or whether you approach it with trapping and pulling it out, patients do equally well,” says Dr. Mocco.  “Stroke is a massive disease that is prevalent across the globe, so finding ways to provide these therapies to patients who need it in a cost-effective manner is going to be another great step forward in medicine.”

Dr. Mocco designed the COMPASS trial in collaboration with leading stroke experts Aquilla Turk, DO, from The Medical University of South Carolina and Adnan Siddiqui, MD, from The University of Buffalo.  The COMPASS trial was paid for by Penumbra but the trial was conducted independently by Dr. Mocco and his collaborators, who also handled all data analysis.  The Mount Sinai Health System served as the international data coordinating center for the study.

About the Mount Sinai Health System
The Mount Sinai Health System is New York City’s largest integrated delivery system encompassing seven hospital campuses, a leading medical school, and a vast network of ambulatory practices throughout the greater New York region. Mount Sinai’s vision is to produce the safest care, the highest quality, the highest satisfaction, the best access and the best value of any health system in the nation. The System includes approximately 7,100 primary and specialty care physicians; 10 joint-venture ambulatory surgery centers; more than 140 ambulatory practices throughout the five boroughs of New York City, Westchester, Long Island, and Florida; and 31 affiliated community health centers. Physicians are affiliated with the renowned Icahn School of Medicine at Mount Sinai, which is ranked among the highest in the nation in National Institutes of Health funding per investigator. The Mount Sinai Hospital is ranked No. 18 on U.S. News & World Report’s “Honor Roll” of top U.S. hospitals; it is one of the nation’s top 20 hospitals in Cardiology/Heart Surgery, Diabetes/Endocrinology, Gastroenterology/GI Surgery, Geriatrics, Nephrology, and Neurology/Neurosurgery, and in the top 50 in four other specialties in the 2017-2018 “Best Hospitals” issue. Mount Sinai’s Kravis Children’s Hospital also is ranked in six out of ten pediatric specialties by U.S. News & World Report. The New York Eye and Ear Infirmary of Mount Sinai is ranked 12th nationally for Ophthalmology and 50th for Ear, Nose, and Throat, while Mount Sinai Beth Israel, Mount Sinai St. Luke’s and Mount Sinai West are ranked regionally. For more information, visit http://www.mountsinai.org/, or find Mount Sinai on Facebook, Twitter and YouTube.