ASRA Position Addresses Use of Cannabis for Pain. Dr. Samer Narouze is available for interviews 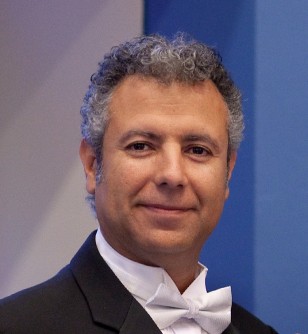 Newswise — Clinical evidence supports the use of marijuana for intractable chronic pain. However, there is a lack of evidence regarding the long-term effects of marijuana use, and overlapping state and federal laws create huge obstacles for physicians who may want to prescribe it. This puts pain physicians in a challenging position.

It also makes them key players in this ongoing debate.

“Many patients could potentially benefit from its use,” said ASRA Board member Samer Narouze, MD, PhD. “Neuropathic pain is probably the indication with the most convincing clinical evidence,” he said. Other indications with promising results include anxiety, depression, seizures, cancer pain, and HIV-related pain.

“However, because medical marijuana lacks the FDA quality and safety oversight, there is inconsistency in doses, which can pose potential risk to patients,” Narouze said.

In response to these challenges, ASRA has issued a formal position statement calling for rescheduling of marijuana and more clinical outcomes research to determine its safety and effectiveness as a medical intervention.

Marijuana is classified as a Schedule 1 substance with "no currently accepted medical use and a high potential for abuse,” according to federal law. As a result, it cannot be readily studied in clinical trials. There is a dearth of information regarding the long-term effects of marijuana use, specifically its effects on learning and cognitive function. “Cannabis use disorder” is a recognized disorder in patients who continue to use cannabis despite clinically significant impairment.

By downgrading marijuana to a Schedule II substance, the federal government would enable researchers to study it in clinical trials, leading to a better understanding of who would benefit from its use, as well as assisting in development of formulations with minimal side effects.

The ASRA Board of Directors approved the "ASRA Statement on Cannabis" at its September 30th Board meeting. In it, ASRA "pleads" to the National Institutes of Health to implement guidelines to encourage clinical research of various cannabis preparations, to better understand the long-term safety profile, and to compare marijuana to other analgesics.

Dr. Samer Narouze is available for interviews on this topic. Dr. Narouze is a Clinical Professor of Anesthesiology and Neurological Surgery at Ohio University and Ohio State University OSU. He is the chairman of the Center for Pain Medicine at Western Reserve Hospital in Cuyahoga Falls, Ohio. He recently founded the American Interventional Headache Society (AIHS) and he serves in many committees for national and international headache and pain organizations. He has published about 200 research papers, review articles, book chapters, and abstracts. He frequently speaks and serves as a visiting professor both nationally and internationally