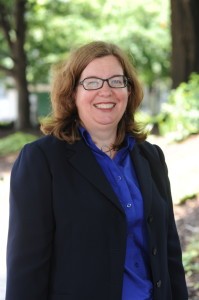 Newswise — ATLANTA—Older adults in assisted-living facilities experience limits to their rights to sexual freedom because of a lack of policies regarding the issue and the actions of staff and administrators at these facilities, according to research conducted by the Gerontology Institute at Georgia State University.

Though assisted-living facilities emphasize independence and autonomy, this study found staff and administrators behave in ways that create an environment of surveillance. The findings, published in the Journals of Gerontology: Social Sciences, indicate conflict between autonomy and the protection of residents in regard to sexual freedom in assisted-living facilities.

Nearly one million Americans live in assisted-living facilities, a number expected to increase as adults continue to live longer. Regulations at these facilities may vary, but they share a mission of providing a homelike environment that emphasizes consumer choice, autonomy, privacy and control. Despite this philosophy, the autonomy of residents may be significantly restricted, including their sexuality and intimacy choices.

Sexual activity does not necessarily decrease as people age. The frequency of sexual activity in older adults is lower than in younger adults, but the majority maintain interest in sexual and intimate behavior. Engaging in sexual relationships, which is associated with psychological and physical wellbeing, requires autonomous decision-making.

While assisted-living facilities have many rules, they typically lack systematic policies about how to manage sexual behavior among residents, which falls under residents’ rights, said Elisabeth Burgess, an author of the study and director of the Gerontology Institute.

“Residents of assisted-living facilities have the right to certain things when they’re in institutional care, but there’s not an explicit right to sexuality,” Burgess said. “There’s oversight and responsibility for the health and wellbeing of people who live there, but that does not mean denying people the right to make choices. If you have a policy, you can say to the family when someone moves in, here are our policies and this is how issues are dealt with. In the absence of a policy, it becomes a case-by-case situation, and you don’t have consistency in terms of what you do.”

The researchers collected data at six assisted-living facilities in the metropolitan Atlanta area that varied in size, location, price, ownership type and resident demographics. The data collection involved participant observation and semi-structured interviews with administrative and care staff, residents and family members, as well as focus groups with staff.

The administrators and staff gave several overlapping reasons for steering residents away from each other and denying rights to sexual and intimate behavior. Administrators emphasized their responsibility for the residents’ health and safety, which often took precedence over other concerns.

Family members’ wishes played a role. Family members usually choose the home and manage the residents’ financial affairs. In some instances, they transport family members to doctor’s appointments, volunteer at the facility and help pay for the facility, which is not covered by Medicaid. They are often very protective of their parents and grandparents and are uncomfortable with new romantic or intimate partnerships, according to staff. Administrators often deferred to family wishes in order to reduce potential conflict.