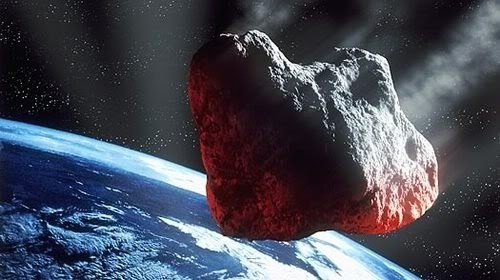 Leading representatives from space agencies and international experts have met to discuss key issues for planning, preparing and responding, if need be, to an asteroid threat.

Newswise — A workshop has brought together leading representatives from space agencies and international experts to discuss key issues related to global response and cooperation in the event of a Near Earth Object (NEO) impact threat to Earth.

The gathering of specialists took place August 25-26 in Pasadena, California. The meeting was co-organized and co-sponsored by Action Team-14, part of the United Nations Committee on the Peaceful Uses of Outer Space (UN COPUOS) Scientific and Technical Subcommittee, Secure World Foundation (SWF), and the Association of Space Explorers (ASE) that represents over 350 individuals from 35 nations who have flown in space.

The supporting agency host of the meeting was the National Aeronautics and Space Administration (NASA) Near Earth Object Observations Program Office.

This recent workshop is a follow-up to previous meetings that took place last year in Mexico City to discuss a NEO Information, Analysis, and Warning Network (IAWN) and in Darmstadt, Germany to confer about a NEO Mission Planning and Operations Group, or MPOG, to plan, organize, and conduct any necessary missions to threatening asteroids.

“As we now have the technological capacity, we should be able to prevent the threat of an asteroid impact on Earth or mitigate its consequences,” said Dr. Sergio Camacho, Secretary General of the Regional Centre for Space Science and Technology Education in Latin America and the Caribbean (CRECTEALC) in Mexico City. Camacho is a former Director of the United Nations Office for Outer Space Affairs, a post that he held from 2002 to 2007.

“I am very pleased with the progress made at this workshop towards establishing a space agency Mission Planning and Operations Group (MPOG) to plan, prepare and respond, if need be, to an asteroid threat,” Camacho said.

Preparing a draft Terms of Reference for such a group, with the participation of four space agencies, is a decisive step in this direction, Camacho added.

These results, together with those garnered from previous policy workshops -- also co-sponsored by Secure World Foundation -- on establishing an IAWN, an MPOG, and results to date from the multi-year work plan of the Action Team-14 on Near Earth Objects of the United Nations Committee on the Peaceful Uses of Outer Space, will result in February 2013 with a set of recommendations on which the Committee can act.

“I am also very pleased by the progress that we made in preparing these recommendations,” Camacho said. “By joining and coordinating efforts, the international community will be much better prepared to prevent the devastating consequences of an asteroid impact on Earth.”

“This workshop made substantial progress toward an international interagency plan to mitigate the damaging effects of an asteroid strike against Earth. It also made headway in an effort to develop an overall international governance model for the response to a threatening Near Earth Object,” said Dr. Ray A. Williamson, Executive Director of Secure World Foundation.

The Association of Space Explorers has been promoting international efforts to plan for averting a future asteroid impact for more than five years, and last week’s Mission Planning and Operations Group meeting shows the world’s space agencies are moving closer to cooperative action, said Tom Jones, former NASA shuttle astronaut and current Chair of the ASE Committee on Near-Earth Objects.

Jones said that the “rules of the road” for the group should lead to joint technology development to deflect a rogue asteroid.

“What’s needed now is top-level agency endorsement of international planning and research, leading to a space demonstration of how we would change the course of an asteroid,” Jones said. “That’s the goal, so we can be ready for a hazardous asteroid down the road.”

For further information on NEOs, last week’s workshop and its findings, please contact: