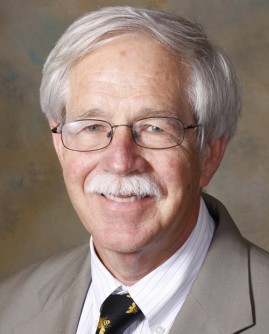 Newswise — For two decades, asthma treatment for millions of people with a milder form of the disease has consisted of daily inhaled steroid medicine to reduce inflammation. Now, a new study has found that asthmatics who take the low-dose medication as a daily routine do no better than those who turn to their inhalers only when they have symptoms.

The findings suggest a different, personalized, and far less expensive approach to treating the common inflammatory condition, according to the researchers.

The report will be published in The Journal of the American Medical Association on September 12, 2012.

In effect, the study challenges national and international guidelines that have been in place for 20 years. According to those recommendations, if a person’s asthma is mild but persistent, he or she should take an inhaled steroid every day to suppress airway inflammation and reduce the risk of exacerbations.

Mild persistent asthma is one of four types of the disease, which affects as many as one in every 12 people in the United States, according to federal statistics.

“Daily treatment with an inhaled corticosteroid has long been believed to be the best treatment for mild persistent asthma, but it is not followed by the majority of patients,’’ said senior author Homer A. Boushey, MD, a UCSF professor of medicine in the division of Pulmonary and Critical Care Medicine. A pioneer in the field who has been involved in asthma research for 40 years, Boushey served on the expert committee that developed the current National Institutes of Health’s guidelines for managing the disease.

“People don’t seem to like taking this type of treatment every day – just a third of the inhaler prescriptions are renewed even once,’’ Boushey said. “So we wondered what would happen if people with mild asthma already well controlled by daily treatment with an inhaled corticosteroid instead took a puff only when they used their rescue medication – usually albuterol -- for relief of symptoms.’’

The upshot: patients who took inhaled corticosteroid only when they had symptoms wound up using half as much of the medication but did not have more severe symptoms. Nor did they miss more days of work or school, or have more flare-ups.

Called the Best Adjustment Strategy for Asthma in the Longer Term trial (BASALT), the study involved a randomized, double-blinded, placebo-controlled trial conducted by the Asthma Clinical Research Network at 10 academic medical centers across the country including UCSF and the University of Texas Medical Branch.

Altogether, 342 adults with mild to moderate, persistent asthma took part in the study over nine months between 2007 and 2010. All were diagnosed by physicians and all had either reversible airflow limitation or airway hyperresponsiveness. In each case, the participant’s asthma was under control due to low-dose inhaled corticosteroids.

The scientists in the study evaluated three different approaches to the use of inhaled corticosteroids:

• Inhaler assessments and dosage adjustments made every six weeks by a physician;• Inhaler adjustments made every six weeks based on measurements of exhaled nitric oxide, a marker of inflammation of the airwaves;• Inhaler usage adjusted by participants based on their day-to-day symptoms – this consisted of taking one puff of their inhaled corticosteroid for every puff of an albuterol inhaler taken “as needed’’ for relief of symptoms.

The researchers found that the frequency of flare-ups or exacerbations of asthma, symptom severity, and pulmonary function did not differ among the treatment groups. There was, however, a significant association between the effectiveness of self-administered medicine and race: Hispanic participants did not do as well with day-to-day adjusted treatment. The researchers conjectured that this could reflect linguistic or other social or cultural differences.

“The goal of our study was to compare different approaches to adjusting inhaled corticosteroid treatment on the frequency and severity of asthma attacks and on quality of life,’’ Boushey said. “This is not a treatment breakthrough but it may possibly open the door to a new approach to treatment, and it will certainly be considered by the expert panel for the NIH’s guidelines for asthma treatment.

“This approach allows personalization of treatment and is easy for patients. Also, it could hypothetically result in saving $2 billion a year in medication costs,’’ Boushey said. UCSF co-authors are John V. Fahy, MD, a professor of pulmonary medicine, and Stephen C. Lazarus, MD, a professor of clinical medicine. The lead authors are William J. Calhoun, MD, and Bill T. Ameredes, PhD, of the University of Texas Medical Branch.

“This is a step forward in asthma management,’’ Calhoun said. “It enables patients to use their steroids only when they have symptoms. It is ‘temporal personalization,’ adjusting medication on a day to day basis.’’

Asthma has been on the upswing for much of the last century, and is now one of the most common diseases in the world, affecting approximately 300 million people globally including an estimated 24 million people in the U.S., according to the federal Centers for Disease Control and Infection.

More prevalent in western, developed countries, the condition varies in its severity – some people are affected daily, others seasonally or episodically. Asthma is classified into four types based on severity: intermittent, mild persistent, moderate persistent, and severe persistent.

The research was supported through funding from the National Heart Lung and Blood Institute, of the National Institutes of Health. Teva Pharmaceuticals provided the study drug and match placebo, but had no input into the experimental design, analysis or manuscript preparation. Both Fahy and Boushey report consultancy work or research support from several companies, including Amgen, Genentech, GSK, Merck and Johnson & Johnson, among others. Full disclosures and grant numbers can be found in the paper.