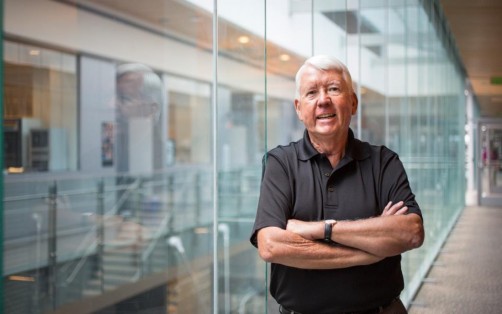 Newswise — A new Ebola outbreak in remote areas of the Democratic Republic of the Congo has some public health officials on guard for larger outbreaks to come, but Arizona State University’s Charles Arntzen, who played a crucial role in development of the Ebola therapeutic drug called ZMapp, says the current outbreak is small and there are a number of fledgling drugs that can be used to fight it and vaccinate the people in surrounding areas.

Here he talks about the situation surrounding the current outbreak.

Q: What do you know about the current Ebola outbreak in the Democratic Republic of Congo?

A: The strain in the outbreak is the Zaire strain. ZMapp was developed to fight the Zaire strain, so ZMapp is very likely to be effective in fighting the Ebola strain in the DRC. The second thing is that there is a supply of ZMapp. Beginning in August 2016, DARPA put a significant amount of money into Mapp Pharmaceuticals and its companion company, LeafBio. They are jointly producing a stockpile of the therapeutic drug. To my knowledge, they have not yet been requested for their supply, but it is very likely to be enough to handle the outbreak in the Democratic Republic of Congo.

Q: Are therapeutics like ZMapp developed to the point where they can be successful in fighting the disease?

A: Certainly on the technical side and the delivery system used. What was not known at the time of the last outbreak and when the clinical trials were conducted is how do you figure out the appropriate dosage. Studies on non-human primates were done with a single dose of therapeutic and it was a high dose. This was followed in the treatments in 2014. If this were done in an advanced fully equipped hospital, there would be a blood draw to determine the load of circulating virus in the blood stream and then determine optimal dosage and then treatment would be provided.

Q: What about vaccines?

A: The most advanced one seems to be from Merck. It uses a viral delivery system in a very well established viral vector. What they have shown from early studies is the correlates of protection are strongly correlated with antibody titer that the vaccine induces. That fits very nicely because ZMapp is an antibody cocktail. The fact that it is protective would suggest that if you can use a vaccine to get a good antibody boost in uninfected people, and then you could use an antibody based therapeutic (like ZMapp) for people with the disease.

Q: Are we ready for another Ebola outbreak.

A: We are sure a lot better off than we were in 2014. Much, much better. The technical response to a major infective disease outbreak that has happened in the last 2.5 to 3 years has been incredible. I think the real gain is from all of the money that was invested early on – our work dates back to 2002 – and it take a long time to build up the core competency that is necessary in drug development. This has happened both for vaccines and therapeutics in academia and in industry. Give credit to funding agencies like DARPA and NIH for giving us the tools that we need.

Q: What do we need scientifically to make our response better?

A: There are a number of unknowns out there. There are questions of persistence of Ebola in individuals who have recovered from infection. Does the disease persist? Does it mutate? Also, we don’t know enough about the comparative protection of our vaccine candidates and therapeutics against other strains of Ebola, like the Sudan strain. The testing is on going, but it is an orphan disease and certainly doesn’t get the funding it would if it were a more major disease of the developed world.