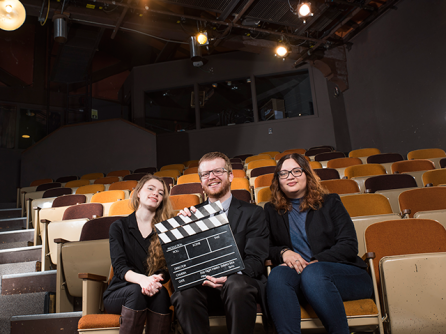 Newswise — In 1967 Lyndon Johnson was president, a movie ticket cost $1.25, and Humboldt State College students were organizing the campus’s first film festival. Half a century later, the festival is the oldest student-run film festival of its kind and even though the tickets have gone up (slightly) in price, it’s still one of the best deals going for moviegoers.

The students organizing this year’s event are getting ready to celebrate Humboldt Int’l Film Fest’s 50th anniversary with four nights of film at Arcata’s Minor Theatre, April 19-22. This year’s festival, for the first time, will include two screenings each night.

The festival—the world’s oldest student-run film fest—is a testament to the dedication of its student organizers. Every year, students enrolled in the film festival class (FILM 260) sift through scores of submissions seeking the best and most interesting works. Submissions are accepted from all over the world and range from clever and quirky animations to mind-bending experimental films. Learn more here. http://hsufilmfestival.com/

Every once in a while, these independent films feature memorable actors or up-and-coming stars. “You get to see people like Kerry Washington before they’re big or you might say, hey, ‘I saw him in the Matrix!’ That’s one of the coolest things about independent film festivals like ours,” says Film major Nairobys Apolito, one of the festival’s three student co-directors.

A three-judge panel will evaluate films at this year’s festival. They include actor-director-producer John Oluwole Adekoje (‘04, Theatre Arts MFA) and Tracy Boyd (’98, Philosophy & ’03 Theatre Arts MFA), both former directors of the 33rd Humboldt Int’l Film Fest. The panel also features award-winning director and Fulbright Scholar Patricia Cardoso who is known for her feature film, “Real Women Have Curves,” which received a Sundance Film festival Audience Award in 2002. This year, as in the past, the judges will lead intimate workshops with current students, discussing their careers and the film industry

Experimental BeginningsThe festival got its start from the National Student Film Festival in Washington, D.C., which collected student films and shared them with colleges and universities all over the country. Some of those films—including George Lucas’s highly regarded 1967 student film “Electronic Labyrinth THX 1138 4EB”—made it to Humboldt State College.The original 1967 HSU film festival was sponsored by the Theater Arts Division’s “experimental college”—a student-led trial of hands-on learning that emphasized workshops in areas like costume and set design, lighting, and, yes, organizing film festivals.

Over time the festival has grown, moving from the Sequoia Theater (today the Van Duzer Theatre) to Arcata’s Minor Theatre and expanding from one night to four.What hasn’t changed is the students’ desire to expose North Coast audiences to cutting edge storytelling while celebrating the works of independent filmmakers. “These are films made without Hollywood in control,” says film major Andrew Weisz, a festival co-director. “You get to see filmmakers doing their own thing.” 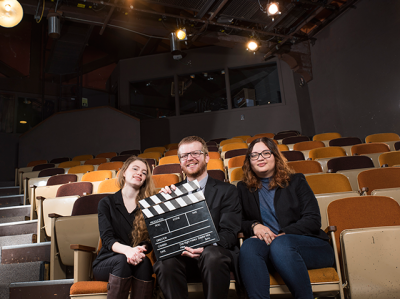