Mercury levels in air on balance with levels found in water, soil, and biosphere 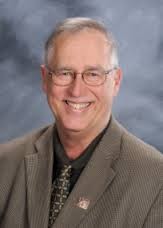 Newswise — Little Rock, Ark. (Aug. 28, 2014)--The professor and chair of the University of Arkansas at Little Rock Department of Chemistry has recently completed an in-depth review of atmospheric mercury in Energy and Emissions Control Technologies, an open access peer-review journal published by Dove Press.

Dr. Jeffrey S. Gaffney and his co-author Nancy A. Marley stressed in their article the many forms that atmospheric mercury takes and how its levels are in balance with mercury levels found in our water, soil, and the biosphere.

Recent studies that show increasing levels of mercury in the ocean’s upper levels, along with news reports of Arkansas lakes as a hotspot for mercury in fish, have heightened awareness of the potential harm mercury poses.

Gaffney said the high volume of page visits was likely tied to the recent news concerning the rising levels of mercury in the oceans. Mercury is a toxic, heavy metal found naturally throughout the global environment.

Increased levels of mercury in the water could be caused by atmospheric deposition primarily in precipitation, something not usually considered when measuring mercury levels, according to the authors.

This timely review outlines the chemistry of mercury in gas, aqueous, and solid phases, including inorganic, organic, and complexed mercury species. The research particularly brings attention to the wet reaction of gaseous mercury with hydrogen peroxide that can occur in clouds and on wet aerosol surfaces.

The sources and fate of mercury in the atmosphere, including the cycling of mercury through soil and water as it impacts atmospheric loadings, are also examined in the review, as well as recommendations for future studies.