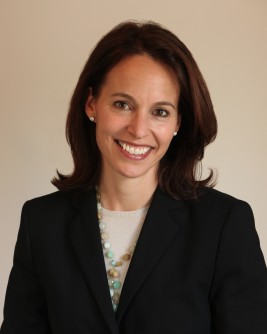 Taylor succeeds Beth A. Harris, who is developing and leading a new practice area in the Office of Legal Counsel to better support and coordinate the legal aspects of the University’s increasingly complex and growing number of existing and new institutional affiliations and partnerships.

Taylor has specialized in mergers and acquisitions, equity investments, financings and partnership matters. Her accomplishments at Hilton & Bishop have included representing the Marine Biological Laboratory at Woods Hole during the negotiations that led to its affiliation last year with the University of Chicago.

“Kim is a widely recognized and accomplished attorney, who will bring these capabilities to bear for the University in an increasingly complex environment,” Zimmer said. “Her demonstrated capacity for judgment, leadership, collaboration, and analysis will make her an excellent member of the University's administrative leadership team.”

Taylor said that she was thrilled to join the University. “I have been impressed with each and every member of President Zimmer’s team. I look forward to working with the outstanding faculty and becoming a part of the Hyde Park community,” she said.

In January 2011, Taylor made the cover of The American Lawyer magazine, which featured her in a special report, “45 Under 45,” as one of the best of the best young women lawyers in the top 200 U.S. law firms. In 2009, The Deal Magazine named Taylor as one of eight “smart, young and talented” private equity specialists.

Taylor became a partner of Hilton & Bishop in 2012, after moving to Cape Cod with her family. Previously she had been an equity partner of Kirkland & Ellis, based in the firm’s New York office. In 18 years at Kirkland, she served as lead counsel to large buyout funds and private and public companies in a wide variety of transactions. These included leveraged buyouts, mergers, stock and asset acquisitions, recapitalizations and private equity investments.