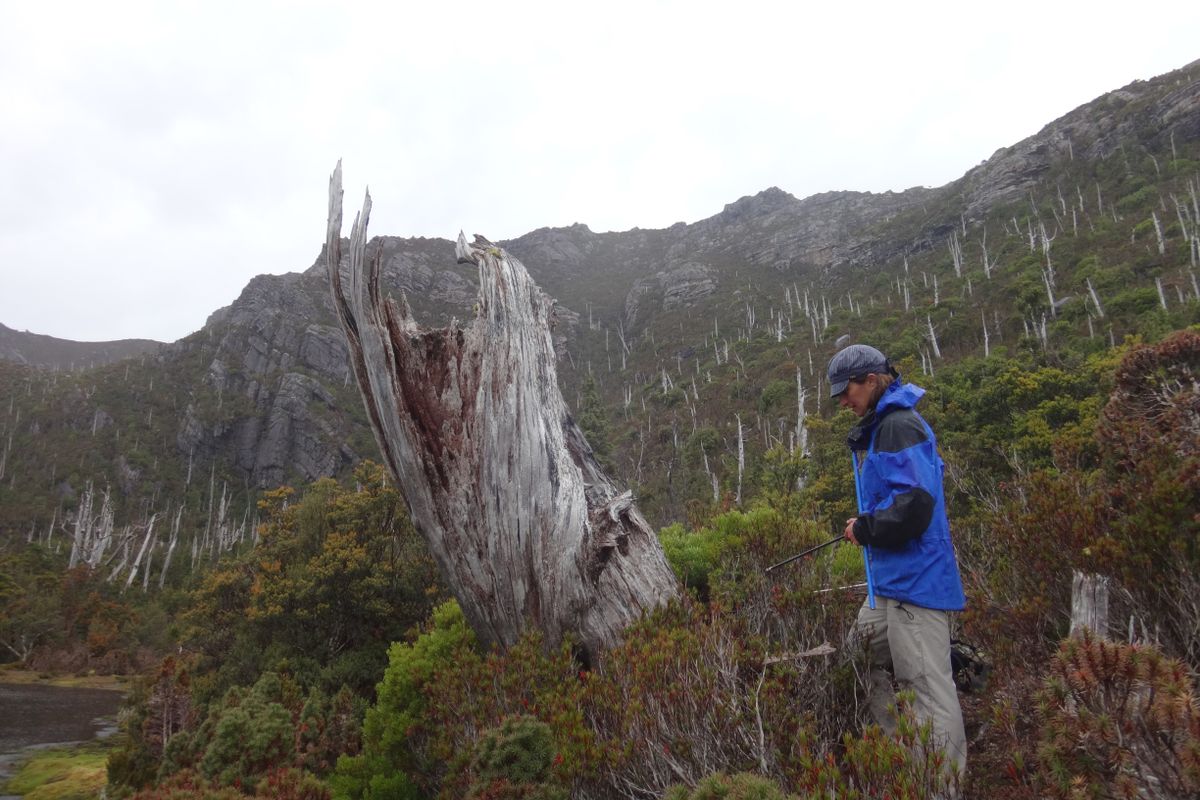 Amy Hessl conducts research in Australia from a previous trip. 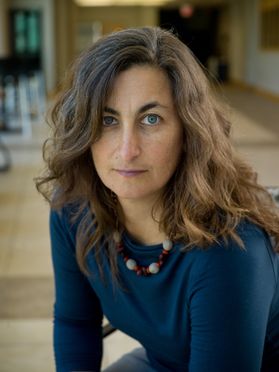 Amy Hessl, professor in the WVU Department of Geology and Geography, has examined the changing climate in Australia through observing tree ring data from King Billy pines, a coniferous species native to Australia. 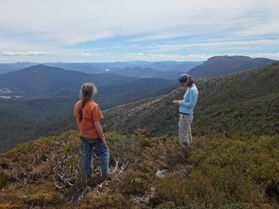 Amy Hessl (right) conducts research in Australia from a previous trip with colleague Kathy Allen, of the University of Melbourne.

Amy Hessl has collected and observed tree samples, such as these from Tasmania and Australia, to understand climate history and trends.

West Virginia University geographer and paleoclimatologist Amy Hessl has studied the climate history of Australia and even happens to be in the country as it faces massive fires that have left many homeless and resulted in at least 20 deaths. A changing climate, particularly warmer, drier conditions in Australia, have contributed to these extreme fires, according to Hessl, who is known for her expertise as a dendrochronologist, a person who unravels climate histories and trends through the study of tree-ring growth patterns.

“For the last 6 years, I have been working with a team of scientists to reconstruct the history of climate variation in southern Australia and to link that history with models of how the climate system works. We are part of a large community of paleoclimatologists (scientists who study past climate using a variety of archives like tree rings, corals and lake sediments) who have worked with climate modelers to forecast what future climate change will look like and what it will mean for societies and ecosystems. Today, as I sit at my computer in southern Australia preparing to collect field data, it is apparent that much of what was once forecast is becoming reality.”

“Over the last year, Australia has experienced extreme lows in precipitation combined with record-breaking temperatures. In the presence of high winds, an ignition source, and abundant, flammable vegetation, these conditions increase the likelihood of extreme fire events – like those currently affecting southeastern Australia.”

“Human-caused climate change is most certainly an important contributing factor to the recent fire season in Australia. As temperatures warm, fuels dry out, increase in flammability, and fire weather becomes more extreme. These relationships are well-established such that, in 2008, an independent study of climate change on the Australian economy, led by Ross Garnaut, presciently stated that future fire seasons would ‘start earlier, end slightly later, and generally be more intense’ and that this effect ‘should be directly observable by 2020.’”

“What is perhaps most concerning, is that while this year’s fire season, just now underway, appears to be unprecedented, forecasts suggest it will be dwarfed by future conditions. The Garnaut report further noted that as temperatures continue to increase under anthropogenic climate change, we can expect that the number of days with extreme fire weather in Australia will increase 100-300 percent by 2067.”

“A warming and drying climate is, however, among several factors contributing to Australia’s extreme fires. Historical changes in land management, including the removal of Indigenous burning practices and decades of development in the wildland-urban interface (WUI) have also contributed to increased fire risk. To decrease fire risk, both in Australia and in other fire-prone regions of the world like California and the Mediterranean, we need to rapidly reduce greenhouse gas emissions to net zero, reduce development in the wildland-urban interface and restore carefully managed fire to landscapes when weather and climate conditions allow.”

“Recent droughts, fires, and extreme heat indicate that Australians have more at stake in the effort to reduce global emissions than perhaps any other developed country. At the same time, Australia benefits economically from emissions – it is the world’s largest exporter of coal and the third largest exporter of carbon from fossil fuels (after Russia and Saudi Arabia), according to a recent report by the Australia Institute. Australia faces some tough decisions. The world will be watching closely how they choose to proceed.”

Read about her research in Australia

Read about her research in WVU Magazine

Call 1.855.WVU.NEWS for the latest West Virginia University news and information from WVUToday.

Caption: Amy Hessl, professor in the WVU Department of Geology and Geography, has examined the changing climate in Australia through observing tree ring data from King Billy pines, a coniferous species native to Australia.

Caption: Amy Hessl (right) conducts research in Australia from a previous trip with colleague Kathy Allen, of the University of Melbourne.

Caption: Amy Hessl has collected and observed tree samples, such as these from Tasmania and Australia, to understand climate history and trends.