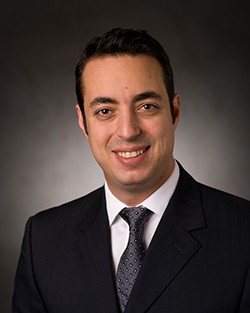 The project is aimed at solving important dynamic problems with uncertain parameters that currently exist in energy production and distribution. The grids are intended to run efficiently in a decentralized manner while respecting the data privacy requirements of each grid note.

There already exists a massive amount of untapped “intelligence” in the form of computation resources – such as smart meters, solar inverters and smart thermostats – imbedded in the grid, explained Aybat.

“Through this research, we will be leveraging existing grid hardware that is capable of simple local computation and passing messages to neighboring devices,” he said. “The goal is to develop a decentralized system that will use this distributed intelligence as a ‘super computer’ to solve grid challenges more economically than the traditional central computing infrastructure.”

According to a 2015 report by the U.S. Advanced Research Projects Agency-Energy, increasing the amount of renewables in the energy sector from 30 to 50 percent by using new controls for grid stability can reduce the amount of consumed energy by 3.2 to 3.5 BTUs, and can reduce carbon dioxide emissions by between 290 to 315 Mtons. However, renewable energy sources – particularly wind – are not correlated with the load; thus, there is a need for dynamic response systems to optimally stabilize the power system to changes in the load.

“There are millions of smart meters deployed through the United States that sit idle over 90 percent of the time; thus, we know there is sufficient computation power without occupying additional land or powering and cooling new server farms or data centers,” said Aybat. “Knowing all of this, it is my hope to develop techniques to enable greater renewables penetration while maintaining grid resiliency through dynamic decentralized control of energy storage and regulator devices.”

Nearly 10 percent of energy produced by power plants is lost in transmission and distribution, explained Aybat, so if successful, this project can lead to significant energy savings and emission reductions in the power sector.

“This innovation strengthens grid security and resiliency, for when computation is distributed to the network, rather than in a central server, there is no single point of attack or failure,” he said.

The techniques developed in this project will help maintain grid reliability without having to burn more fossil fuel as backup, and in effect turn the smart grid into its own backup via intelligent control of the capacitor banks. This will lead to deeper integration of renewables and contribute to the reliable, robust and privacy-enabled operation of a stable power grid through the development of scalable computational tools for control and optimization.