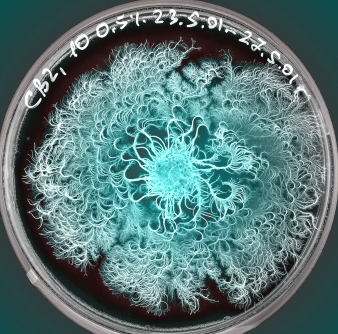 EMBARGOED FOR RELEASE: Tuesday, March 27, 2012, 4:30 p.m. Eastern TimeNote to journalists: Please report that this research was presented at a meeting of the American Chemical Society

A press conference on this topic will be held at 1 p.m. Eastern Time, March 25, 2012, in the ACS Press Center, Room 15A, in the San Diego Convention Center. Reporters can attend in person or access live audio and video of the event and ask questions at www.ustream.tv/channel/acslive.

Newswise — SAN DIEGO, March 27, 2012 — When faced with life-or-death situations, bacteria — and maybe even human cells — use an extremely sophisticated version of “game theory” to consider their options and decide upon the best course of action, scientists reported here today. In a presentation at the 243rd National Meeting & Exposition of the American Chemical Society (ACS), the world’s largest scientific society, they said microbes “play” a version of the classic “Prisoner’s Dilemma” game.

José Onuchic, Ph.D., who headed the research team, said these and other new insights into the “chat” sessions that bacteria use to communicate among themselves — information about cell stress, the colony density (quorum-sensing peptides) and the stress status and inclinations of neighboring cells (peptide pheromones) — could have far-reaching medical applications.

“Using this form of cell-to-cell communication, colonies of billions or trillions of bacteria can literally reach a consensus on actions that impact people,” Onuchic explained. “Bacteria that previously existed harmlessly on the on the skin, for instance, may exchange chemical signals and reach a consensus that their numbers are large enough to start an infection. Likewise, bacteria may decide to band together into communities called biofilms that make numerous chronic diseases difficult to treat — urinary tract infections, for instance, cystic fibrosis and endocarditis.”

Scientists now are pursuing hints that human cells engage in another form of chemical chit-chat, Onuchic said — communication that may result in a decision to begin the uncontrolled division and growth that defines cancer. Likewise, cells in a malignant tumor may chat and spread, or metastasize, from their original location to establish a new tumor in the liver, lungs or brain.

“Understanding how cells make decisions could enable scientists to control those decisions,” said Onuchic, who is with Rice University. “It would open the door to developing better drugs that have fewer side effects. For example, once we get a handle on this process, we might block the specific chemical messages that signal a tumor to grow, developing a medicine that wouldn’t affect other body processes, reducing or eliminating side effects.”

Before trying to determine the steps a human cell might take on the road to becoming cancerous, however, Onuchic and colleagues at Rice and Tel Aviv University are tackling bacteria. They turned to Bacillus subtilis, a common microbe found in colonies numbering into the billions in the soil and used as a model in several kinds of scientific research. Faced with drought, radiation, over-crowding or other harsh environmental conditions, B. subtilis engages in quorum sensing, with individual microbes releasing chemical compounds that enable it to check out how their neighbors are responding to the unfavorable environment.

Members of a colony of B. subtilis may decide to respond to the stressful environment in one of two ways. They may make a decision to turn themselves into “spores,” a hibernation-like existence. Alternatively, they may opt for transformation into a state called “competency.”

In sporulation, bacteria dump half of their DNA into the environment and encase themselves in a thick, armor-like shell that enables the microbe to endure harsh conditions for decades on end. Forming a spore involves more than 500 genes and can take about 10 hours to complete. When conditions improve, the spore turns into a regular bacterium again. Most bacteria, when faced with bad conditions, become spores. But a few — about 1-2 percent in the wild — “see” that their neighbors are becoming spores and decide to become competent. In doing so, they take up some of their neighbors’ discarded DNA in a last-ditch effort to adapt to the harsh environment.

“Sporulation is a drastic, traumatic process,” said Onuchic. “The advantage of competency is that the cell might be able to adapt and live normally without undergoing that drastic upheaval. But competency is risky — if conditions don’t improve fast enough, the competent cell could die before having a chance to become a spore. Also, the spores could decide to break out of hibernation and compete for resources. It’s a complicated decision.”

Onuchic’s research suggests that the way cells make decisions is consistent with game theory, a concept used in math to analyze conflict and cooperation and made famous by the book and 2001 movie A Beautiful Mind , based on the life of John Nash, a Nobel Laureate in Economics.

Sporulation is like cooperating or confessing in the so-called “Prisoner’s Dilemma,” a famous example of game theory, Onuchic said. Becoming competent, however, is a selfish decision that exploits the misfortunes of others.

In the human version of the Prisoner’s Dilemma, a player’s prison sentence depends not only on their own decision whether to confess, but also on another prisoner’s decision. In the game, two prisoners are separated and told that if one confesses, the confessor goes free, and the other prisoner gets a one-year sentence. If both confess, each serves three months. If both stay silent, then each serves one month. The trick is to see whether a player will be selfish by confessing for a chance at earning a “get-out-of-jail-free” pass while subjecting their partner to a long sentence.

“Just as in the classic Prisoner’s Dilemma game, the bacteria have to weigh the pros and cons of their decisions,” said Onuchic. “The bacteria make a decision based not only on what it knows about its own stress and environment, but it also has to think about what the other bacteria might do. So this is like the Prisoner’s Dilemma being played with 1 trillion cells in a colony instead of just two people.”

Using mathematics, biology and physics, Onuchic’s team identified the proteins, genes and other substances involved in making such decisions for B. subtilis and how they interact with each other. The team’s sights now are set on determining whether human cells undergo similar decision-making processes in health and disease.

AbstractIn nature, bacteria are living in large colonies whose number of bacteria may reach up to 100 times the number of people on Earth. The new research showed how under life alarming conditions the bacteria in the colony communicate via chemical messages and how each bacterium performs a sophisticated decision process by using a specialized network of genes and proteins. This complex network enables to perform complex calculations to assess the prose and cones of the different choices using guided by a new principles of game theory.

Connections between bacteria decision-making in a colony with cancer will be discussed. The idea that in both bacterial colonies and growing tumors, genetic variability is selected by local conditions so as to increase growth will be explored.