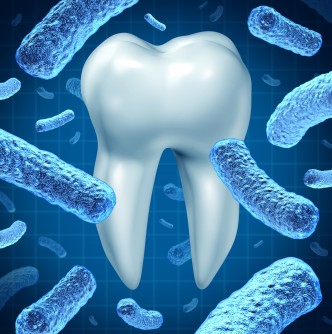 Newswise — Investigators at Johns Hopkins report they have new evidence that a bacterium known to cause chronic inflammatory gum infections also triggers the inflammatory "autoimmune" response characteristic of chronic, joint-destroying rheumatoid arthritis (RA). The new findings have important implications for prevention and treatment of RA, say the researchers.

In a report on the work, published in the Dec. 14 edition of the journal Science Translational Medicine, the investigators say the common denominator they identified in periodontal disease (gum disease) and in many people with RA is Aggregatibacter actinomycetemcomitans. An infection with A. actinomycetemcomitans appears to induce the production of citrullinated proteins, which are suspected of activating the immune system and driving the cascade of events leading to RA.

"This is like putting together the last few pieces of a complicated jigsaw puzzle that has been worked on for many years," says Felipe Andrade, M.D., Ph.D., the senior study investigator and associate professor of Medicine at the Johns Hopkins University School of Medicine, who also practices at Johns Hopkins Bayview Medical Center.

"This research may be the closest we've come to uncovering the root cause of RA," adds first author Maximilian Konig, M.D., a former Johns Hopkins University School of Medicine fellow now at Massachusetts General Hospital.

Medical investigators have observed a clinical association between periodontal disease and RA since the early 1900s, and over time, researchers have suspected that both diseases may be triggered by a common factor. In the last decade, studies have focused on a bacterium known as Porphyromonas gingivalis, found in patients with gum disease. However, while major efforts are currently ongoing to demonstrate that this bacterium causes RA by inducing citrullinated proteins, all attempts by this research team have failed to corroborate such a link, says Andrade. But his team has persisted on finding alternative bacterial drivers, he says, because of intriguing links between periodontal disease and RA.

Andrade explains that citrullination happens naturally in everyone as a way to regulate the function of proteins. But in people with RA, this process becomes overactive, resulting in the abnormal accumulation of citrullinated proteins. This drives the production of antibodies against these proteins that create inflammation and attack a person's own tissues, the hallmark of RA.

Among different bacteria associated with periodontal disease, the research team found that A. actinomycetemcomitans was the only pathogen able to induce hypercitrullination in neutrophils, an immune white blood cell highly enriched with the peptidylarginine deiminase (PAD) enzymes required for citrullination. Neutrophils are the most abundant inflammatory cells found in the joints and the gums of patients with RA and periodontal disease, say the researchers. These cells have been studied for many years as the major source of hypercitrullination in RA.

A. actinomycetemcomitans initiates hypercitrullination through the bacterial secretion of a toxin, leukotoxin A (LtxA), as a self-defense strategy to kill host immune cells. The toxin creates holes on the surface of neutrophils, allowing a flux of high amounts of calcium into the cell where concentrations are normally kept low. Since the PAD enzymes are activated with calcium, the abrupt exposure to high amounts of calcium overactivates these enzymes, generating hypercitrullination.

The researchers previously found that a similar type of pore-forming protein that was produced to kill pathogens by host immune cells was driving hypercitrullination in the joints of patients with RA. These findings point to a common mechanism that is poking holes on cells, which may be relevant to the initiation of RA when the disease is being established, says Andrade.

Andrade cautioned that more than 50 percent of the study participants who had RA had no evidence of infection with A. actinomycetemcomitans, which, he says, may indicate that other bacteria in the gut, lung or elsewhere could be using a similar mechanism to induce hypercitrullination.

Andrade further cautions that his team's study only looked at patients at a single point in time with established RA, and that to prove cause and effect of A. actinomycetemcomitans and RA, more research will be needed to track the potential role of the bacteria in the onset and evolution of the disease, which can span decades. "If we know more about the evolution of both combined, perhaps we could prevent rather than just intervene."

An estimated 1.5 million people nationwide live with rheumatoid arthritis, according to the Centers for Disease Control and Prevention. Current treatments with steroids, immunotherapy drugs and physical therapy help some by reducing or slowing the crippling and painful joint deformities, but not in all patients. The exploration of alternative treatment options is necessary.