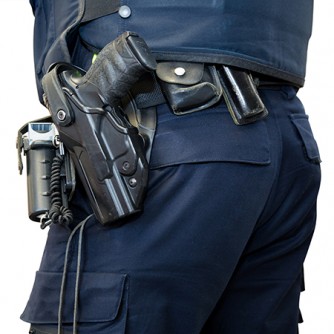 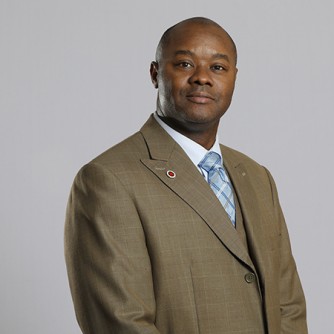 Charles Menifield, dean of the School of Public Affairs and Administration (SPAA) at Rutgers University-Newark.

An extensive, new national study from the School of Public Affairs and Administration (SPAA) at Rutgers University-Newark reveals some surprising answers. Analysis of every use of deadly force by police officers across the United States indicates that the killing of black suspects is a police problem, not a white police problem, and the killing of unarmed suspects of any race is extremely rare.

“There might be some bad apples in the police department, but white officers are no more likely to use lethal force against minorities than nonwhite officers,” says Charles Menifield, lead author of the study and SPAA’s dean. “Still, the killings are no less racist but will require a very different set of remedies if we are to change the culture and stop this from happening.”

In the study, published on Wiley Online Library, Menifield; postdoctoral research associate Geiguen Shin; and Logan Strother, a visiting scholar in law and public affairs at Princeton University; and several graduate students created a database of all confirmed uses of deadly force by police in the U.S. in 2014 and 2015, the most recent years for which sufficient data were available.

They found that African Americans are killed by police more than twice as often as the general population. While only about 12 percent of the American population is black, 28 percent of people killed by police during this two-year period were black, according to the research, which also found that Latinos were killed slightly more than would be expected and white citizens less often.

The study also found that less than 1 percent of victims of police killings were unarmed. Across all racial groups, 65.3 percent of those killed possessed a firearm at the time of their death.

Charles Menifield, dean of the School of Public Affairs and Administration (SPAA) at Rutgers University-Newark.

“The gun could be in their car, or on them, but it was there at the time they were killed,” says Menifield. “This shouldn’t be surprising because of the availability and ease of getting a gun in the United States.”

High-profile killings of unarmed black men in the last few years –  like that of 18-year-old Michael Brown in Ferguson, Missouri, in 2014, which gave rise to the Black Lives Matter movement –  have led many to speculate that white police officers may target nonwhite suspects with lethal force, Menifield says.

The Rutgers-Newark research found, however, that white police officers actually kill black and other minority suspects at lower rates than would be expected if killings were randomly distributed among officers of all races.

The disproportionate killing of black men occurs, according to the researchers, because Institutional and organizational racism in police departments and the criminal justice system targets minority communities with policies – like stop and frisk and the war on drugs -- that have more destructive effects.

“The question of the basic causes of racial disparities in police killings has profound real-world implications for policing a diverse society,” Menifield says, suggesting that appropriate reforms for a fundamentally institutional problem would target racism in police department practices and criminal policy that result in over policing of minority populations.

“Today, we have politicians who are arguing for tougher stances on immigration,” Menifield says. “These things have a way of trickling down to other things like tougher sentences on crime and policies that have a disparate impact on minority communities.”

Addressing the problem will not be easy. Menifield says the U.S. Department of Justice needs to enforce the Death in Custody Reporting Act of 2013 that requires police organizations to report data on police killings. This data will allow researchers to thoroughly investigate each case and determine if other variables are driving police behavior.

In addition, he says, police departments need to bring in external reviewers to examine all of their institutional practices including hiring, promotions and training. The long‐running racial discrepancies in the way that force is applied to suspects have significantly eroded trust between law enforcement and the public whom they serve, the researchers argue.

“There is definitely a problem when one race of people are being killed by police at much higher rates than other populations,” Menifield says. “This unfortunate state of affairs is unlikely to improve until fundamental changes in public policy and policing are undertaken.” 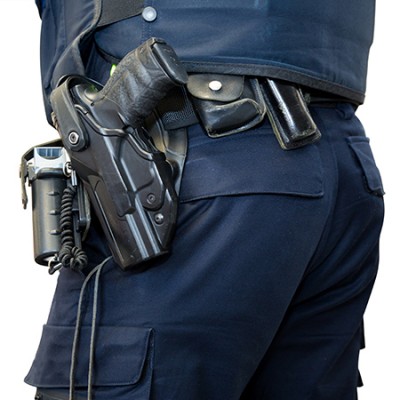 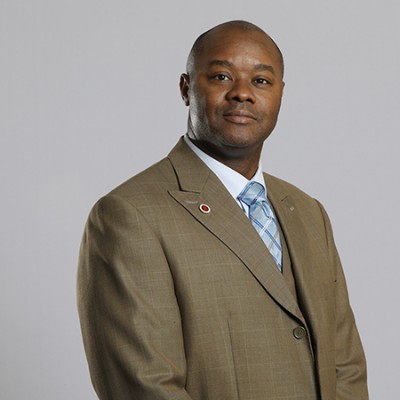 Caption: Charles Menifield, dean of the School of Public Affairs and Administration (SPAA) at Rutgers University-Newark.