As municipalities across the country consider banning food waste as a strategy to combat climate change, a new University of Vermont study suggests rural communities could lead the way. 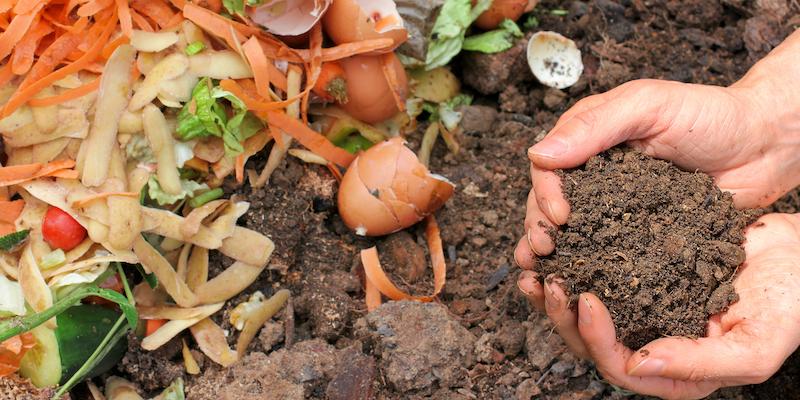 Newswise — While Vermonters support banning food waste from landfills – and a whopping 72 percent already compost or feed food scraps to their pets or livestock – few say they are willing to pay for curbside composting pick-up, new University of Vermont research shows.

The study comes as Vermont prepares to implement a mandatory law that makes it illegal to throw food items in the trash beginning July 1, 2020. Several large cities including San Francisco and Seattle have implemented similar policies, but Vermont is the first state to ban household food waste from landfills. The policy is the last phase of a universal state recycling law passed in 2012 that bans all food waste, “blue bin” recyclables and yard debris from landfills statewide by 2020.

“Reducing household food waste is a powerful way individuals can help reduce the impacts of climate change and save money,” said Meredith Niles, UVM Food Systems and Nutrition and Food Sciences assistant professor and lead author of the study. “Vermont has made a significant commitment to this effort and it’s exciting to see the majority of Vermonters are already composting to do their part.”

Previous research by Niles and other UVM colleagues showed Americans waste nearly a pound of food daily, roughly one third of a person’s recommended daily calories. When disposed of in a landfill, food waste rots and produces methane, a greenhouse gas 25 times more powerful than carbon dioxide over a 100-year period, according to the U.S. Environmental Protection Agency. Conversely, composting can aid in carbon sequestration and creates a natural fertilizer for farms and gardens.

“The trend in big cities has been to offer curbside compost pickup programs, especially in densely populated areas, but there isn’t a one size fits all for how we manage food waste,” said Niles. “Our study suggests that, especially in more rural areas, people may already be managing their food waste in a way that leaves it out of the landfills."

Niles surveyed nearly 600 households through the 2018 state Vermonter Poll, conducted annually by UVM’s Center for Rural Studies. The study showed support for the new food waste ban, but only a minority of residents indicated they would be willing to pay for a future curbside compost pickup program. People in urban counties were significantly more likely to want curbside compost pickup compared to those managing their food waste through backyard composting or by feeding to pets or livestock.

“In a rural state like Vermont, households are generally further apart, which can increase food waste transport costs and have a negative environmental impact, especially if participation in a curbside compost program is low,” said Niles, who is also a fellow at UVM’s Gund Institute for Environment. “Instead, focusing curbside programs in densely populated areas may be more cost and environmentally effective and also garner greater household participation.”

Research has shown the rates of home composting in Vermont are much higher than in other regions. One third of Vermonters indicated they are exclusively composting or feeding food scraps to pets or livestock, with no food scraps ending up in the trash. This research suggests that investing in education, outreach and infrastructure to help households manage their own food waste could have significant environmental and economic impacts in other rural regions seeking food waste management solutions.

The Vermonter Poll is a statistically representative, statewide telephone poll of Vermont residents conducted annually since 1990. The poll offers a unique opportunity for researchers, policymakers and organizations to examine public opinion on a range of contemporary issues in the public arena.

The questions analyzed for this study were sponsored by Casella Waste Systems, Inc., through a research grant to UVM. Casella was not involved in the data collection, analysis, interpretation or study results.