16-May-2014 11:00 AM EDT, by University of Texas Health Science Center at Houston
favorite_border 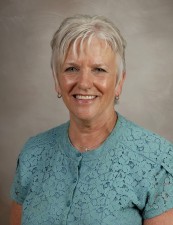 Newswise — HOUSTON – (May 16, 2014) – Barbara Dominguez, B.S.N., a medical genetics clinical nurse specialist at The University of Texas Health Science Center at Houston (UTHealth), has been honored as a Top 10 Houston area nurse by the Houston Chronicle.

A special section detailing the winners appeared in the Sunday, May 11, issue of the paper.

“Even as we honor Houston's nurse workforce, however, we realize a critical shortage continues in nursing, both today and projected into the future.”Dominguez was nominated by Hope Northrup, M.D., professor of pediatrics and director of the Division of Genetics at the UTHealth Medical School; UTHealth residents Joseph Will Ray, M.D., and Claudia Soler, M.D., and Christy Leath of BioMarin.

Dominguez, who has been a nurse for 37 years, is the daughter, granddaughter and niece of nurses. She worked as a nurse aide at a retirement home in the summers before completing her nursing degree at Texas Woman’s University. She became interested in working with children with genetic disabilities after a pediatric rotation on the chronic care ward at Jefferson Davis Hospital. She joined UTHealth in 1981.

"I knew nursing would be the best way to help others," she told the Chronicle. "Initially, I worked in general pediatrics, but was invited to join the staff at the metabolics and genetics clinic. From there, my compassion for children who experience these problems has grown, and they drive me to learn as much as I can and to provide as much help, education, and support for each patient and their parents."The comments in the nomination form included:

“Barbara is one of the hardest-working, nicest, least judgmental and passionate people I know. She has a heart for working with children with genetic disorders, and has always shown the utmost respect to the patients and staff.

"Barbara goes above and beyond in the workplace, particularly with the trainees, rotators and students. She coordinates their schedules and ensures they get the widest exposure to cases to maximize their training. She is always willing to help and quite honestly this clinic would not function without all the little details she takes care of."

One of her areas of interest is phenylketonuria, an inherited disorder that can cause intellectual disability, delayed development, behavioral problems and psychiatric disorders. She is the co-founder of a summer camp for PKU named Camp Phever. It draws children from across the United States and other countries. She is thrilled that a former PKU patient has become a nurse and another called to say she is applying for nursing school.