Persistence pays off for the common bean

Newswise — Common blight is a devastating bacterial disease. It greatly reduces the yield and quality of bean crops across the world. Conventional breeding techniques can be used to generate cultivars of common bean that are resistant to the common blight. But it remains challenging to breed cultivars of common bean that combine the desired high yield and quality with resistance to diseases.

Bean blight’s reach expands to both tropical and temperate regions of the world. Shree Singh, a professor at the University of Idaho, has spent his career researching ways to generate cultivars of common bean resistant to diseases. According to Singh, “Common blight is by far the most severe and widely occurring bacterial disease that adversely affects common bean production worldwide.”

Common blight is caused by two species of bacteria belonging to the Xanthomonas genus. It is a difficult disease to attack. The bacteria can move along with seeds and plant matter. “When contaminated seeds are planted, the bacteria can then go on to infect the germinating plant and spread further,” says Singh. Infected plant matter left behind after harvest can also infect the next cycle of crops.

Chemical treatments have not been effective in combating the spread of the common blight. This makes breeding and using resistant cultivars of bean “crucial for effective, economical, and environment-friendly management and control of the common blight,” according to Singh.

Breeding common bean cultivars with multiple resistance genes can be a long and arduous process. “It can take between five to 10 years to get a bean cultivar that has high levels of resistance to various bacterial strains,” says Singh.

Further, a resistance to various strains of blight bacteria is only half the battle.

“The next step is crossing this resistant cultivar with a high-yielding cultivar of bean that can grow well in the region it is intended to be cultivated,” Singh says.

Therein lies another challenge. Genes responsible for resistance to common blight and those responsible for unwanted agricultural traits, such as low yield or imperfect seeds, are often close to one another in the bean genome. Such genes are linked and tend to be inherited together by offspring during breeding efforts.

Researchers conduct thousands of crosses to ultimately generate one common bean cultivar that has both resistance to common blight and characteristics desired by farmers and consumers. Singh’s research group performs hundreds of crosses every day during the pollination season.

Of course, while common blight is a devastating disease affecting bean crops, it is not the only one. Singh has been working with growers in many parts of the world to breed commercially viable cultivars of the common bean that are also resistant to several diseases and pests.

The United Nations Food and Agriculture Organization declared 2016 the International Year of Pulses (IYP). In celebration, the Crop Science Society of America (CSSA) created a web page for the public about pulses,www.crops.org/iyp. Special tabs for the public include K-12 Education, Beans in the News, Grown Your Own, and Delicious Ideas. CSSA has also compiled links to various recipes, so you can increase your consumption of pulses.

CSSA will release more information about pulses during the 2016 IYP celebration. 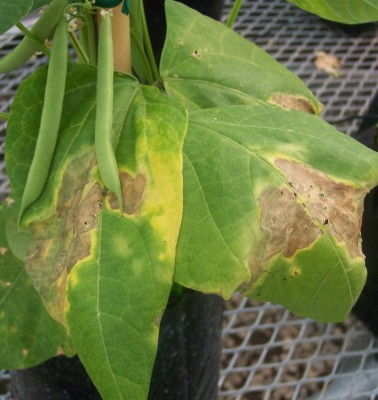 Caption: A field of bean infected with common blight 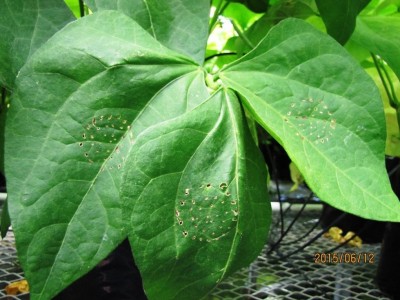 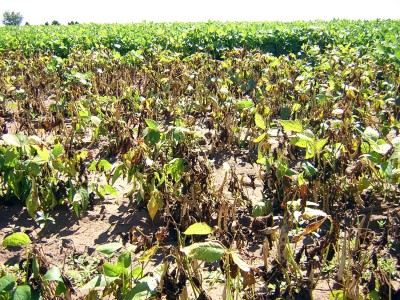