Baylor Study: What Does It Take to Be an ‘Ideal Daughter?’ 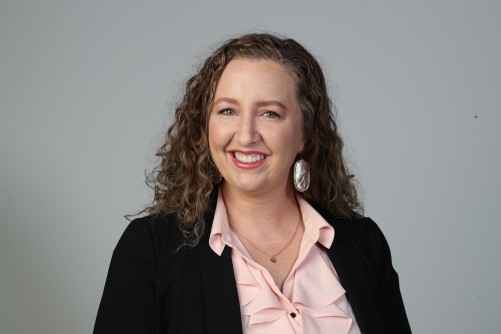 Newswise — WACO, Texas – The roles of daughters in the family structure and in society are difficult to define and they’re rarely understood – even by daughters themselves – said Allison Alford, Ph.D., clinical assistant professor of business communication in Baylor University’s Hankamer School of Business.

Alford, who served as an editor on the book “Constructing Motherhood and Daughterhood Across the Lifespan,” is the lead author on a new study, “Role Expectations and Role Evaluations in Daughtering: Constructing the Good Daughter,” published in the latest edition of the Journal of Family Communication.

“Our research has found that ‘daughtering’ is invisible work that is not often credited, and it’s as unique as the individual women who are doing the work,” Alford said. “This study and subsequent conversations hopefully will bring to light the idea of daughtering. And as more people hear about it and learn about it, then we’ll start to give credit to it and notice it in our own lives.”

The study centers on mother-daughter relationships, specifically, and looks at how daughters perceive and define their roles in that relationship. Researchers interviewed 33 women, ages 25-45, who have living mothers under the age of 70. Those age ranges were chosen in order to capture a time period for mothers and daughters with the greatest likelihood that neither individual was the caregiver of the other and both were in relatively good health, the researchers wrote.

Expectations of the “Ideal Daughter”

Alford said analysis of the interviews with the daughters revealed four themes or role expectations for an “ideal daughter” in relation to her mother:

Each of those efforts requires work, and that work often goes unnoticed or is undervalued – even by daughters themselves, Alford said.

The study noted that many of the women who were interviewed initially – almost naturally – anticipated talking about their mothers instead of themselves.

“When asked to think about themselves as daughters and their communication in the relationship, many found themselves doing so for the very first time,” the researchers wrote. “These women noted that putting the emphasis on themselves and describing their role as adult daughters felt strange or awkward in its newness.”

Respect, the study showed, was the most common topic addressed by the daughters. Based on the interviews, a daughter’s respect for her mother could be demonstrated by avoiding conflict, silencing one’s disagreement with her mother, reacting positively to her mother’s messages and supporting her mother’s power position.

“Daughters demonstrated respect by adapting their communication to affirm their mothers’ competence or otherwise avoid offending and disregarding them,” the researchers wrote.

One woman, identified as Kelsey in the study, said she listens to her mother talk about things she dislikes and sometimes apologizes to her mother even when she doesn’t feel apologetic.

One woman, Sabine, described a time when she had to stand up to her brother because she felt he was taking advantage of their mother’s goodwill. In addition, she said she had to “get after” her mother for not employing boundaries with the brother.

The examples in the study illustrated that many daughters were happy to be champions for their mothers, but some noted that it was difficult to be protectors.

A number of the daughters who were interviewed said they struggle a bit with their roles as adults – or even as mothers themselves – who still need to engage with their mothers and ask for assistance. Many said they still seek interaction and approval from their mothers as a sense of pride.

“When a daughter calls upon her mother for guidance or activates a need for an emotional evaluation such as pride, she is fulfilling her role expectations,” the researchers wrote.

In their descriptions of “good daughters,” a number of the daughters interviewed said it was important to set aside time to connect with their mothers.

This, the study showed, could be anything from talking on the phone, meeting face to face, taking grandchildren to visit or even moving to a home nearby.

Sometimes the expectations are stated outright by the mothers, but that’s not always the case, the researchers explained.

Alford said her research has shown that the “language” of daughtering is almost nonexistent in social discourse as well as in scholarly or popular works.

For example, she said, a daughter who is caring or supportive is often described as being “motherly.”

“That’s an example of giving credit to mothers as being the only people who care for others, versus saying that the daughter is a caring person or that she’s supportive,” Alford said. “We want to think of daughtering as its own form of work and responsibility and put a value on that, so we can see the value that we’re putting into our family relationships and family systems.”

One desired outcome of research into this area, Alford said, is that daughters will be given a voice and their valuable work within the family will be acknowledged.

The study, “Role Expectations and Role Evaluations in Daughtering: Constructing the Good Daughter,” is published in the Journal of Family Communication. Authors are Allison Alford, Ph.D., clinical assistant professor of business communication in Baylor University’s Hankamer School of Business; and Meredith Marko Harrigan, Ph.D., professor of communication at SUNY Geneseo.

Baylor University is a private Christian University and a nationally ranked research institution. The University provides a vibrant campus community for more than 17,000 students by blending interdisciplinary research with an international reputation for educational excellence and a faculty commitment to teaching and scholarship. Chartered in 1845 by the Republic of Texas through the efforts of Baptist pioneers, Baylor is the oldest continually operating University in Texas. Located in Waco, Baylor welcomes students from all 50 states and more than 90 countries to study a broad range of degrees among its 12 nationally recognized academic divisions.

ABOUT HANKAMER SCHOOL OF BUSINESS AT BAYLOR UNIVERSITY

All Journal News Behavioral Science Family and Parenting In the Home