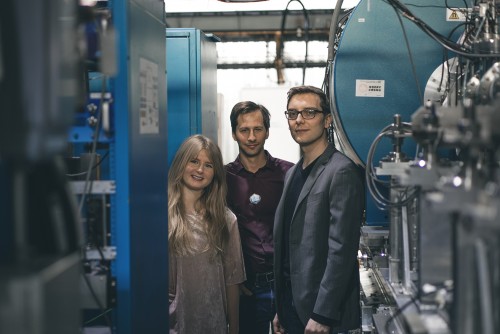 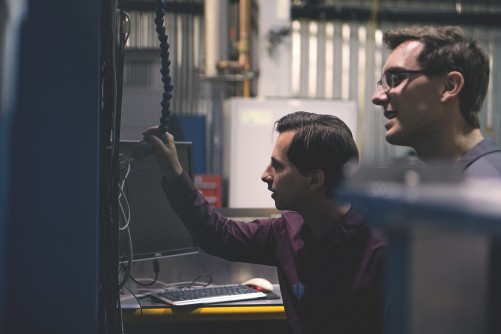 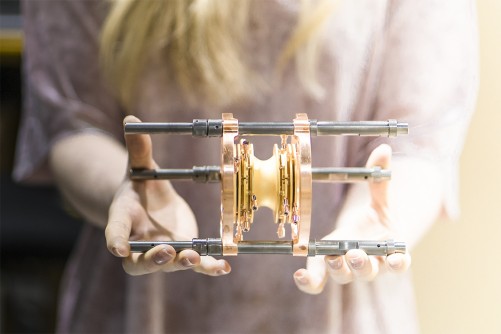 Image: the team used a Penning trap, above, to validate the mass spectrometer’s findings

Newswise — After more than one hundred years of studying the atomic nucleus, scientists are still seeking a unified theory that explains the behaviour of all nuclear matter.

In studying the forces that bind protons and neutrons together within the atomic nucleus, various theoretical models have emerged that can explain everyday nuclei equally well. Now, physicists are turning to measurements of rare and exotic nuclei to elucidate the more complex behaviours at play within the nucleus.

One such behaviour is the formation of so-called "closed shells": specific combinations of the neutrons or protons within nuclei that seem to bind together more tightly than theoretically predicted. One such tightly bound closed shell forms in some elements with 32 neutrons (N=32), but not in others. It is seen in potassium (with 19 protons, or Z=19), calcium (Z=20) and scandium (Z=21), but not in vanadium (Z=23) and heavier elements. The element in between scandium and vanadium, titanium (Z=22), is thus a prime candidate for studying how and why this neutron closed shell disappears as the neutron number changes.

And, due to the close correlation between the binding energy of a nucleus and its mass, researchers can investigate these closed shell effects by taking incredibly sensitive mass measurements of the exotic isotopes in question.

To probe this weird neutron shell closure behaviour, a team working at TRIUMF produced exotic, radioactive forms of titanium and weighed them with the ultra-precise mass spectrometers at TRIUMF’s Ion Trap for Atomic and Nuclear Science (TITAN) facility.

The mass measurements required a high degree of resolution not normally required for studies of this nature. Moreover, since the short-lived forms of titanium could only be produced at a rate of a few per second, the process also had to be much more efficient than conventional investigations. The TITAN team collaborated with the University of Giessen on a new technology to satisfy these requirements –  a custom-built 'particle racetrack' around which the nucleus of a single, exotic isotope atom performs hundreds of laps, traveling a distance equal to the length of five soccer fields. The nucleus’ cumulative lap time can then be compared to a different particle of known mass. With this technique, tiny mass differences can be accurately measured.

As a crosscheck, some measurements were repeated with the well-known Penning trap method, with the results showing that the two techniques agreed beautifully.

The results indicated that the N=32 neutron shell still exists in titanium. However, it is very weak compared to the strength of the shell in titanium’s lighter cousins.

These results are of great importance because these oddly behaved shells, those that appear or disappear depending on certain properties of nuclear matter, are powerful testing grounds for our current nuclear theories. In fact, four of the most successful modern theories were challenged by these new measurements; each had predicted that the shell effects in titanium should be twice as strong as observed by the experiment.

The team’s work exposes critical missing pieces in our knowledge about how nuclear matter behaves and provides unique and crucial input for the construction of future nuclear models.

“Our new mass spectrometer had a great performance right on its first run, and it is very rewarding to get such exciting results after many months of tuning and testing" said Pascal Reiter.

The team is currently working on a more sensitive Penning trap for future TITAN experiments.

You can read the full text of the team’s article here.­­