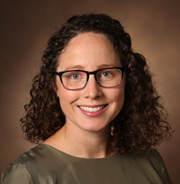 Newswise — Babies born after being exposed to both opioids and benzodiazepines before birth are more likely to have severe drug withdrawal, requiring medications like morphine for treatment, compared to infants exposed to opioids alone, according to a Vanderbilt University Medical Center study published in Hospital Pediatrics.

Benzodiazepines are a class of psychoactive drugs, including Xanax and Ativan, commonly prescribed for anxiety and other conditions.

The new findings shed light on which factors complicate and intensify signs of neonatal abstinence syndrome (NAS), which can occur when babies are chronically exposed to opioids before birth.People with substance use disorders often report taking a combination of substances.  For example, many people report use of opioids as well as alcohol, benzodiazepines, and other prescribed or non-prescribed substances.

The study shows concurrent benzodiazepine exposure impacts the severity of NAS more so than other legal or illicit substances, said Lauren Sanlorenzo, MD, MPH, assistant professor of Pediatrics, neonatologist at Monroe Carell Jr. Children’s Hospital at Vanderbilt and first author of the study.

Infants with NAS and exposed to benzodiazepines were more than 50% likelier to require the use of medications to treat symptoms than infants not exposed.

“Our findings reflect the reality that many women who use opioids also use benzodiazepines, which now we know has real implications for the baby, who is more likely to have severe incidence of disease. If we focus just on opioids, we can overlook other medications that can be risky to both the mother and infant,” said Sanlorenzo.

Researchers conducted a statewide analysis of medical records from 112,029 mother and baby pairs who were covered under Tennessee’s Medicaid program, TennCare, from 2009 to 2011. There were 822 confirmed cases of NAS, of which 72.7% required pharmacological treatment.

The disease severity link to benzodiazepines is important for all providers who treat and care for women before and during pregnancy as well as those who deliver and treat babies. For pregnant women, taking a benzodiazepine like Xanax along with an opioid can increase risk of an overdose.

Researchers used a combination of data, filled prescriptions, medical history and toxicology testing to gather information about both legal and illegal substances used. While the researchers found that benzodiazepine use increased NAS severity, other substances, including marijuana, cocaine, methamphetamines, tobacco and antidepressants, did not increase the syndrome’s severity.

Vanderbilt Center for Child Health Policy researchers have shown previously that one consequence of the nation’s opioid crisis has been a sharp increase in the number of newborns who show signs of withdrawal from opioids. From 2000 to 2014, the rate of NAS rose from 1.2 cases per 1,000 hospital births to 8 cases per 1,000 births. In 2014, the average was one infant born every 15 minutes in the U.S. with NAS.

“Even though benzodiazepines are often left out of the conversation about substance use, the number of prescriptions written for benzodiazepines has tripled in the U.S. in recent years. Long-term use of benzodiazepines, which are designed for short-term treatment of anxiety, with an opioid in pregnancy can be risky for moms and babies. Reducing the use of this particular combination may be beneficial to mothers and may reduce risk of severe withdrawal in infants,” said Stephen Patrick, MD, MPH, MS, director of the Vanderbilt Center for Child Health Policy and senior author of the paper.