Beyond Humbug: What Makes a Christmas Classic? SJU Expert Comments on Dickens' "A Christmas Carol" 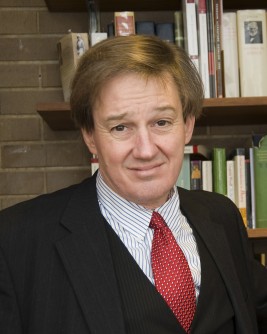 Newswise — No holiday season is complete without the screening of a few treasured classics. Some families turn on their favorite Christmas film before their Thanksgiving dinner is fully digested. An entire cable channel is taken over for 24 hours with back-to-back airings of a certain story. Friends quote lines to each other while watching cherished standards.

One tale that has stood the test of time is Charles Dickens’ “A Christmas Carol.” Published in 1843, the story has been adapted countless times for the stage, television, radio and film. Interest in the novella is so strong that even the process of writing it has been dramatized in “The Man Who Invented Christmas,” a film released this month.

David Sorensen, D.Phil., professor of English and associate director of the Honors Program at Saint Joseph's University in Philadelphia, sees multiple reasons why the story resonates so deeply, and how it remains relevant more than a century and a half after its writing.

“Dickens was a powerful social critic,” says Sorensen, an expert in Victorian culture and literature. “Like his contemporary Thomas Carlyle, he included in his writing pointed attacks at those who valued others according to their wealth. The rampant ‘mammon worship’ of Victorian society resulted in a model of human relations founded on the ‘the cash nexus’. Both Carlyle and his disciple Dickens regarded this assumption as fatal to the civic health of society.’”

The character of Ebenezer Scrooge is a clear rebuke, Sorensen adds, against those who “diminish life, morality, judgement and intellect, and who reject the sense that every human is a precious soul.”

Sorensen sees parallels between Dickens’ criticism and the social and economic activism of the modern age.

“The lesson that Scrooge learns will always appeal to a wide audience, because human beings want to be regarded as more than economic units,” he adds.

Beyond its message, “A Christmas Carol” persists because of its roots in popular entertainment.

“Dickens tapped the popular culture of his era,” Sorensen explains. “His stories are written for broad consumption, using street scenes and even the classic Punch and Judy puppet themes to inspire his writing. His books were so well-known that a woman in once accosted him in public for killing the child protagonist of his novel ‘Dombey and Son.’”

Part of what made Dickens’ stories so enjoyable to his contemporaries, according to Sorensen, is that his prose was highly theatrical.

“Dickens would have loved modern cinema,” Sorensen says. “‘A Christmas Carol,’ like much of his work, is written as if it were to be acted. The story is easily broken into acts and includes lively, memorable characters. It lends itself to retelling, which is why you see it still done today.”