BIDMC Scientist Barbara B. Kahn, MD, Elected to the National Academy of Sciences 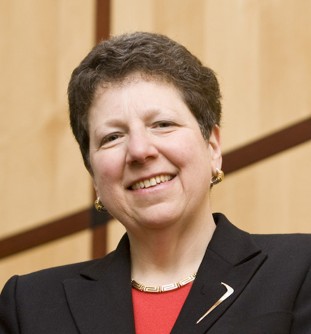 Newswise — BOSTON – Beth Israel Deaconess Medical Center’s (BIDMC) Barbara B. Kahn, MD, an international leader in the field of diabetes, endocrinology and metabolism, has been elected to the prestigious National Academy of Sciences (NAS).

Kahn – who has identified fundamental molecular mechanisms underlying obesity, insulin resistance and Type 2 diabetes – was among 84 new members and 21 foreign associates recently elected to NAS in recognition of their distinguished and continuing achievements in original research. The luminaries, announced by the NAS on May 2, bring the total number of active members to 2,290 and the total number of foreign associates to 475. Members are affiliated with one of more than 30 sections representing scientific disciplines from astronomy to political science.

“The NAS election recognizes not only the discoveries made, but also their innovation and importance to basic knowledge and human health,” Christine Seidman, MD, who chairs the NAS section on Medical Physiology and Metabolism, said of Kahn’s appointment.

Kahn is Vice Chair for Research Strategy in the Department of Medicine at BIDMC and the George R. Minot Professor of Medicine at Harvard Medical School. In a career spanning nearly 30 years, she has made landmark contributions to the field of metabolic research, uncovering the complex mechanisms of insulin action, insulin resistance and Type 2 diabetes.

Kahn began her research career as an Endocrine fellow at the National Institutes of Health where she investigated the molecular mechanisms by which insulin stimulates glucose uptake into cells.  Shortly after she arrived at BIDMC in 1986, Kahn carried out the first investigations into the insulin-regulated glucose transporter, known as GLUT4, in humans with obesity and diabetes.

Kahn has discovered mechanisms by which fat cells regulate insulin action in the liver and in muscle, and also how they regulate energy balance by influencing pathways in the brain. Most recently, she has shown that GLUT4-mediated glucose transport in fat cells stimulates the synthesis of a novel class of lipids that have anti-diabetic and anti-inflammatory effects. These discoveries could lead to new therapies to prevent or treat Type 2 diabetes.

“Dr. Kahn is the consummate physician-scientist whose outstanding laboratory studies will have major impact in our ability to treat Type 2 diabetes and obesity,” said BIDMC Chief Academic Officer Vikas P. Sukhatme, MD, ScD. “This is a well-deserved honor.”

Kahn joined the Division of Endocrinology, Diabetes and Metabolism at BIDMC in 1986, and served as Chief of the Diabetes Unit from 1990 to 2000 and Division Chief from 2000 to 2011 before becoming Vice Chair of Research Strategy in BIDMC’s Department of Medicine. In 2005, Kahn was elected to the National Academy of Medicine.  Kahn has trained numerous outstanding scientists, who have gone on to successful careers in investigation worldwide.