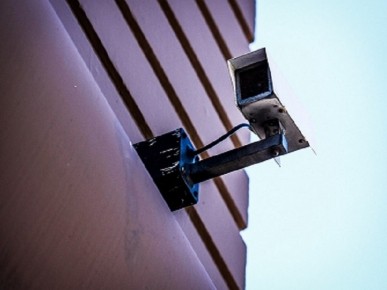 Newswise — With access to more personal data than ever before, police have the power to solve crimes more quickly, but in practice, the influx of information tends to amplify existing practices, according to sociological research at the University of Texas at Austin.

The big data landscape is changing quickly, and researchers wonder whether our political and social systems and regulations can keep up. UT Austin sociologist Sarah Brayne’s research, published in the October 2017 American Sociological Review, examined for the first time how adopting big data analytics both amplifies and transforms police surveillance practices.

“On one hand, I think it has the potential to reduce some problematic inequities in policing, such as the un-particularized suspicion of racial minorities,” said Brayne, a research associate in the university’s Population Research Center. “But I think as it’s currently implemented, there can be a few negative consequences for equality, and it can lead to a lot more marginalization and distrust.”

“This trend began in the wake of 9/11, which was viewed as this information-sharing failure in the intelligence community,” Brayne said. “So, the feds are now giving a lot more money to local police departments in order to collect all types of new data because they’re viewed as the frontline on the war against terror.”

Perhaps the most transformative aspect of big data on policing is the amount of information police are able to access on individuals, both suspect and not, Brayne found. Police have implemented dragnet surveillance tools, such as police cars equipped with license plate readers to photograph and track patterns of travel of every car in their path. And obtaining information that previously would have required a search warrant is now easier with sourced data from private data brokers, who buy personal information from businesses with whom individuals have interacted.

Brayne also found that big data can help send real-time alerts to police about specific individuals such as where they are, based on license plate tracking, enabling law enforcement to surveil an unprecedented number of people at once.

“I think that what’s really important is that it’s not just one new surveillance technology that’s transformative, but rather, it’s this combinatorial power of using different things in conjunction with one another that grants authorities a level of insight into individuals’ lives that previously would have required a warrant or one-on-one surveillance,” Brayne said.

Although technology allows police to surveil entire communities more easily, Brayne found that data is not always as objective as it suggests. In terms of individual policing, big data aims to supplement officers’ discretion with algorithm-based, quantified criminal risk assessments. For example, in some divisions, an individual’s criminal risk is measured on a point system. Point values are based on violent criminal history, arrests, parole or probation statuses and police stops. People with high point values are more likely to be stopped by police, thus adding another point to their record.

“When you start to codify or bake in police practices as objective crime data, you sort of get into this feedback loop or self-fulfilling prophecy,” Brayne said. “It puts individuals who are already under suspicion under new and deeper and quantified forms of surveillance, masked by objectivity or as one officer described it: ‘just math.’ ”

Likewise, police have implemented predictive policing strategies that pinpoint locations where crime is most likely to occur.

“I think it’s really important to emphasize that a lot of data integration and predictive algorithms are originally deployed for improving service delivery, being more efficient and reducing crime and focusing resources on people who are committing crimes,” Brayne said. “The police are not arresting people based on pre-crime data. But big data helps building up this corpus of information on individuals that I think disproportionally benefits those in positions of social advantage and disadvantages those who are already in positions of structural disadvantage.”