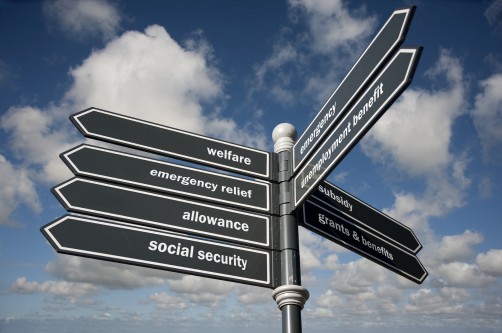 Newswise — People living in countries with governments that spend more on social services report being more contented, according to a Baylor University study.

“The effect of state intervention into the economy equals or exceeds marriage or employment status — two traditional predictors of happiness — when it comes to satisfaction,” said Patrick Flavin, Ph.D., assistant professor of political science in Baylor’s College of Arts & Sciences.

The study — “Assessing the Impact of the Size and Scope of Government on Human Well-Being” — is published in the journal Social Forces. The researchers analyzed data from 21 advanced industrialized countries in the World Values Survey from 1981 to 2007, with nearly 50,000 respondents. The Great Recession from December 2007 to June 2009 intensified debate about how much governments should intervene into the market economy. Conservatives and right-leaning political parties tend to champion free market capitalism and are critical of government intervention, maintaining it can lead to inefficiency and waste that hurts employment, wages, and economic growth. By contrast, left-leaning political parties and labor organizations argue for more intervention into the market to even out the ups and downs of the business cycle, Flavin said.

“We assessed respondents’ subjective well-being using a very straightforward question: ‘All things considered, how satisfied are you with your life as a whole these days?’” Flavin said. On a scale of 1 to 10 -- with 10 the highest level of satisfaction -- the average rating for all respondents for the duration of the survey was 7.48. The United States was ranked at No. 11 out of 21 countries on the list, with an average rating of 7.61.Four measures of government policies were used by Flavin and co-researchers at the University of Notre Dame and Texas A&M University:• The overall size of government consumption as a percentage of national gross domestic product.• Social welfare expenditures as a percentage of the gross domestic product.• Welfare state generosity measured in terms of the ease of access to welfare benefits, the expansiveness of coverage to citizens of different statuses and life circumstances, and the degree to which social benefits replace incomes lost due to unemployment, retirement, or family circumstances.• Labor market regulations governing such circumstances as job dismissals, temporary employment, and mass layoffs.

The study’s findings held true regardless of whether respondents were rich or poor. The researchers also ruled out alternative explanations such as an individual’s health, education level, and marital status as well as the gross national product and unemployment rate of the country that he or she lives in.