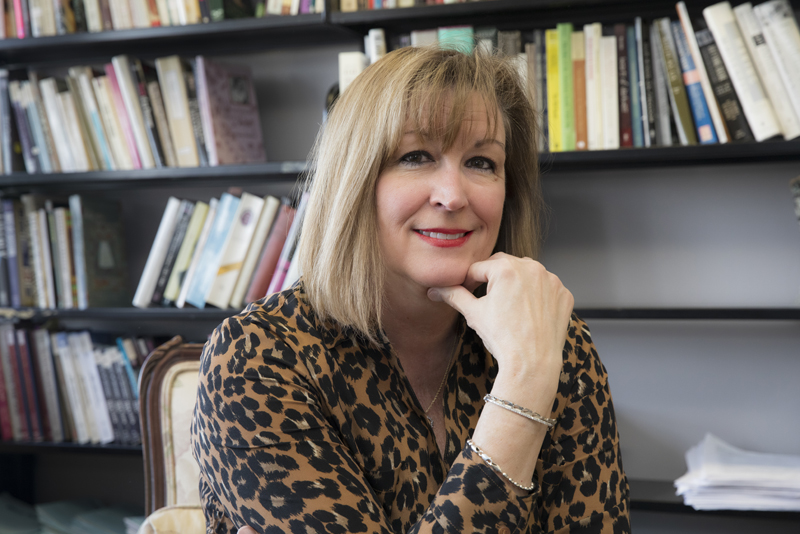 Diane Miller Sommerville, associate professor of history at Binghamton University, is a finalist for the 2019 Gilder Lehrman Lincoln Prize for her latest book: Aberration of Mind: Suicide and Suffering in the Civil War-Era South.

Newswise — BINGHAMTON, NY – Diane Miller Sommerville, associate professor of history at Binghamton University, is a finalist for the 2019 Gilder Lehrman Lincoln Prize for her latest book: Aberration of Mind: Suicide and Suffering in the Civil War-Era South. The Lincoln Prize — awarded by Gettysburg College and the Gilder Lehrman Institute of American History — is given annually to the best non-fiction historical work of the year about the Civil War. The winning author receives $50,000 and a bronze replica of Augustus Saint-Gauden’s life-sized bust called “Lincoln the Man.”

“It was stunning to me that my book was listed among the books of four other amazing historians whose work I’ve long admired,” said Sommerville.”

The finalists were chosen from 102 book submissions. Besides Sommerville, the other nominees are Richard J.M. Blackett (The Captive’s Quest for Freedom: Fugitive Slaves, the 1850 Fugitive Slave Law, and the Politics of Slavery); David Blight (Frederick Douglass: Prophet of Freedom); William Freehling (Becoming Lincoln); and Joanne B. Freeman (The Field of Blood: Violence in Congress and the Road to Civil War).

Aberration of Mind examines how suicide and psychological distress shaped and affected Southerners during the Civil War and its aftermath. The book, published in late 2018 from the University of North Carolina Press, looks at the struggles of men going to war and returning from war, their wives and mothers, and slaves and the newly freed men and women.

For Sommerville, the book was nearly 15 years in the making and began when she considered contemporary cases of severe depression and suicidal behavior.

“I began wondering: If it is so difficult treating somebody with severe mental illness today, what was it like years ago?” she said. “As a 19th-century Southern historian, the question naturally took me to the Civil War, when the South was in the throes of war and experiencing profound distress. No historian had tackled the question, how did the war affect the mental health of participants and their families?”

Sommerville spent several years travelling to the South and examining asylum records, newspapers, diaries and coroner’s reports. Among the places she visited were the Georgia Archives in Morrow, Ga., Columbia Theological Seminary in Decatur, Ga.; the University of North Carolina-Chapel Hill; and other cities and towns such as Nashville, Tenn., and Columbia, S.C. Websites such as Ancestry.com (a genealogy research site) and Fold3.com (a collection of military records) have “revolutionized what social historians can do,” Sommerville said. The sites played key roles in her project.

“It was a bit of detective work,” she said. “I would find a short story in a newspaper that said Colonel So-and-So committed suicide. Then I turned to Ancestry.com or Fold3.com to find information about his unit, where he was from and details about his family life.

Sommerville’s next project will explore the effects of postpartum disorders in female asylum inmates of the 19th century. Before then, she will deal with requests for interviews and blog posts about Aberration of Mind.

The Lincoln Prize recipient will be announced Feb. 12 – the birthday of the 16th president. All of the finalists will be honored at an April gala at the Union League Club in New York City.

Caption: Diane Miller Sommerville, associate professor of history at Binghamton University, is a finalist for the 2019 Gilder Lehrman Lincoln Prize for her latest book: Aberration of Mind: Suicide and Suffering in the Civil War-Era South.