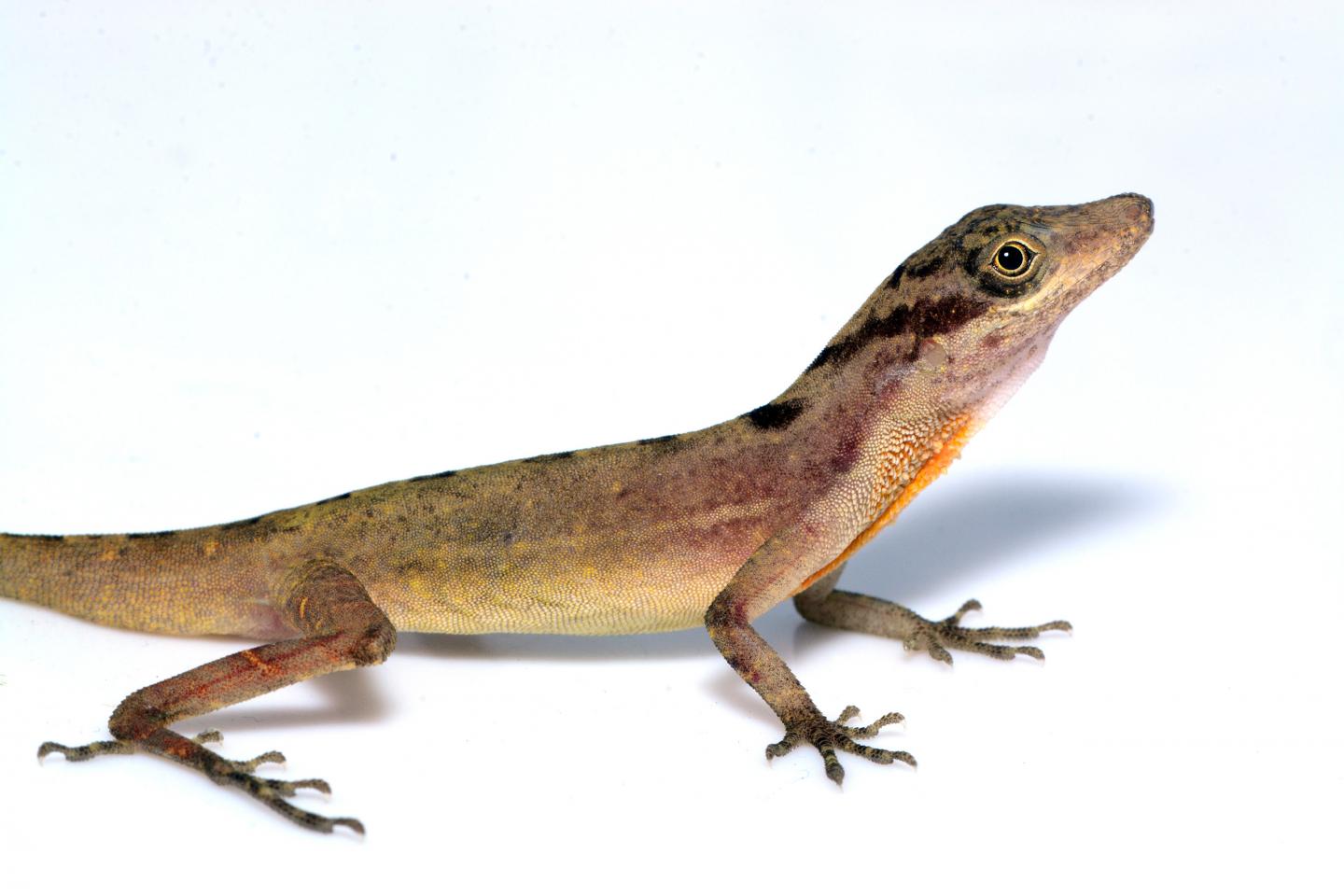 Newswise — When the U.S. flooded Panama's Chagres River valley in 1910, Gatun Lake held the record as the world's biggest reservoir. This record was surpassed, but researchers at the Smithsonian Tropical Research Institute (STRI), who are now studying invading lizards on the tiny islands that dot the lake, discovered that islands with native lizards act as another kind of reservoir, harboring the parasites that control invaders. The study, published in the journal Biology Letters, is valuable experimental evidence that biodiversity is better, making ecosystems more resistant to invasion.

As part of another study to find out how many generations it takes for slender anole lizards (Anolis apletophallus) to adapt to climate change, a research team led by Christian Cox, a visiting scientist at STRI from Florida International University, and Mike Logan from the University of Nevada, Reno, transplanted lizards from the tropical forest on the mainland to the islands, which tend to be hotter and drier. Before the transplant, they did a general health check of the lizards that included counting the number of parasites (mites) on their bodies.

When they came back several times during the next two years to see how the lizards were doing in their new habitats, they recounted the number of mites.

"Our study turned out to be a large-scale experimental test of the enemy release hypothesis," said Logan, who did this work as a three-year STRI/Tupper postdoctoral fellow. "Often, when an invasive animal shows up in a new place, all of its pathogens and parasites are left behind or do not survive, giving it an extra survival advantage in the new place: thus the term enemy release."

The team also found that the two-species island had lower density and lower biomass per unit area of the invasive lizard species, indicating that the continued presence of the mites may be keeping their populations under control.

"Our study is a clear example of something that conservationists have been trying to communicate to the public for some time," Logan said. "Diverse native communities sometimes function as 'enemy reservoirs' for parasites and diseases the keep down the numbers of invaders."

Funding for this study was provided by the Smithsonian Institution, Georgia Southern University, the Theodore Roosevelt Memorial Foundation and the American Museum of Natural History.