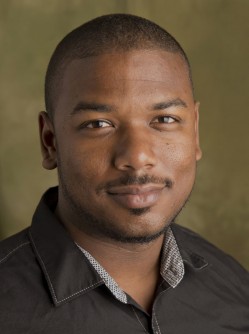 Newswise — With an eye on tiny ticks and mosquitoes, Clarkson University Assistant Professor of Biology Andrew David created something quite big in the world of teaching -- a student-centered course that shows a glimpse of the future of biology education.

His design of Clarkson's first undergraduate parasitology course was overwhelmingly embraced by professionals in the field as well as by his students. The details of his teaching method were just published in Trends in Parasitology, which is ranked second in the world's top parasitology journals. It's also ranked in the top 10 infectious disease journals in the world.

“For a long time, parasitology was neglected in many universities, especially smaller ones, and even when it was taught, was relegated to the tail end of microbiology courses,” David says. “Parasites greatly outnumber free-living animals on our planet and are responsible for fatal diseases such as malaria and sleeping sickness that are common in tropical parts of the world. With climate change and global travel, we are seeing corridors open up for these diseases in unlikely places.

While David, who is the director of freshman biology, set out to create a new course, it ended up being something bigger because of the emphasis he places on critical thinking and problem solving. He says, "we need problem-solvers, not regurgitators,” and he hopes his blueprint for the course can be adapted for other subjects and be used in high schools too.

Parasitology is a perfect course for this attention to critical thinking because it spans the entire spectrum of biology, from genetics to biochemistry to ecology. It's also an intriguing discipline for many bioscience students.

Parasites are considered to be successful when they can live in close association with another organism (the host), exploit the host for resources and not draw too much attention to themselves. As a result they’re often deemed “evolutionary masterpieces,” he says. They must deal with a number of daunting selection pressures.

Parasites cause so-called “neglected tropical diseases” such as malaria that are treated with drugs and vaccines, but complete eradication of these parasites remains a challenge.

In his second year as a member of the faculty at Clarkson, David says teaching comes first to him and research is second. Some of his students are aspiring future researchers while others want to go to medical or veterinary school. He hopes that this problem-solving teaching strategy will better prepare them for the challenges they will face in their future endeavors.

Clarkson University educates the leaders of the global economy. One in five alumni already leads as an owner, CEO, VP or equivalent senior executive of a company. With its main campus located in Potsdam, N.Y., and additional graduate program and research facilities in the Capital Region and Beacon, New York, Clarkson is a nationally recognized research university with signature areas of academic excellence and research directed toward the world's pressing issues. Through more than 50 rigorous programs of study in engineering, business, arts, education, sciences and the health professions, the entire learning-living community spans boundaries across disciplines, nations and cultures to build powers of observation, challenge the status quo, and connect discovery and innovation with enterprise.