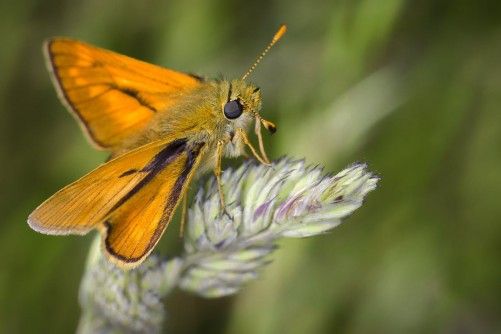 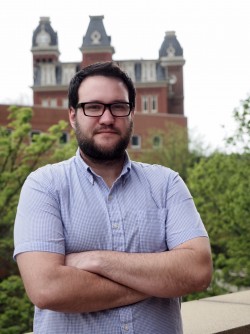 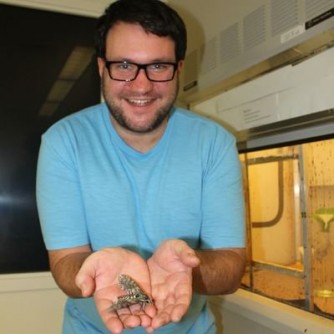 Newswise — MORGANTOWN, W.Va. — Studying how insects’ wing movements affect their sense of smell has the potential to explain underlying causes of disorders like schizophrenia, Parkinson’s disease and shortness of breath, according to new research from West Virginia University.

When our nervous systems send motor commands to our muscles, they also send a copy of that command, called a corollary discharge, to the parts of our brains that process sensory information, including our sense of smell. This approach allows the brain to differentiate between self-generated sensation produced by moving and sensation generated by other sources.

Though this process has been studied extensively for senses like sight and hearing, almost nothing was known about how a corollary discharge would function for the sense of smell—olfactory processes—until now.

A new study by Phil Chapman, a Ph.D. candidate in the Department of Biology, and his colleagues found that corollary discharges from the insect wing motor control center informs their olfactory systems about wing movements, which directly affects sensory processes.

“The biggest implication is that when corollary discharge fails, it has been shown to underlie a lot of neurological disorders,” said Chapman, a Boone County, West Virginia, native and 2013 WVU biology graduate. “We are working to understand the different types of corollary discharges that are out there and what they are doing.”

“When we move, when we do something, it has the potential to change how we perceive things. But our nervous system has evolved to make sure that our perception is stable,” Chapman said. “We’re learning more about how we perceive the environment and how those perceptions relate to our own movements.”

In the study, Chapman and his colleagues found that instead of filtering out an animal’s movements, this failed corollary discharge may be enhancing the olfactory system’s ability to encode information.

“This study pushes the field of neuroscience forward by understanding that when we ask questions about how sensory systems function, we must also think about how animals move throughout their environment and actually experience it,” Chapman said.

Chapman works in the labs of WVU biologists Kevin Daly and Andrew Dacks, who are supported by a $1.4 million Air Force Office of Scientific Research grant.

“This publication is the culmination of several years of coordinated effort across two labs and several students,” said Daly, Chapman’s adviser. “Our research highlights how fundamental insights about how the brain works can be made by the study of animals like insects, which use relatively simplified nervous systems to tackle many of the same real word problems that our own brains must solve.”

Chapman’s study was published in the Proceedings of the National Academy of Sciences of the United States of America on Monday, May 7. Dacks and Daly are co-authors of the article as well as Rex Burkland, Samual Bradley, Benjamin Houot and Victoria Bullman, former researchers in their labs. It is the second published study from the grant.