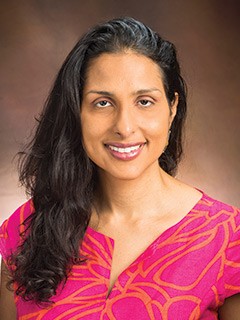 Newswise — Philadelphia, Feb. 22, 2018 – Researchers studying a rare genetic disorder that causes severe, progressive neurological problems in childhood have discovered insights into biological mechanisms that drive the disease, along with early clues that an amino acid supplement might offer a targeted therapy. The research, which found abnormalities in a biological waste-disposal process called autophagy, links the mechanism underlying rare pediatric neurogenetic disorders to more common neurodegenerative disorders, such as Huntington’s or Parkinson’s disease.

“We showed that this rare neurological disorder disrupts autophagy, which plays a role in many neurodegenerative disorders in both children and adults,” said study leader Xilma R. Ortiz-Gonzalez, MD, PhD, a pediatric neurogeneticist at Children’s Hospital of Philadelphia (CHOP). She added, “We identified a urine test that can serve as a biomarker of this specific pediatric disorder, which we call TBCK-encephaloneuropathy. We want to build a patient registry and eventually use this biomarker to test if it could help monitor response to treatment, with the long-term aim of developing a precision medicine treatment for this devastating disease.”

The study team reported its findings online in Annals of Neurology on Dec. 29, 2017.

TBCK-encephaloneuropathy (TBCKE) is caused by a mutation in the TBCK gene, which has been a focus of previous research by CHOP scientists and others. Although TBCK mutations have varied effects, including a broad range of intellectual disabilities, motor impairments, autistic features, and brain abnormalities, TBCKE is a severe subtype, with progressive neurodegeneration involving the brain as well as progressive muscle weakness.

The team also seeks to investigate why some children with TBCK mutations can have much milder presentations than others, and whether this provides a clue to understanding differences in the underlying mechanisms of the disease. The current study reported on a cohort of eight unrelated boys, ranging from age 9 to 14 years, all of Puerto Rican descent. All had a mutation, called the Boricua mutation, at the same location on the TBCK gene—p.R126X. They all share a very severe presentation, including profound intellectual disability (ID), epilepsy, low muscle tone, and progressive dysfunction in both the central and peripheral nervous systems. By adolescence, the patients had chronic respiratory failure caused by their progressive neuromuscular weakness.

Scientists already knew that the TBCK protein, coded for by the gene with the same name, regulates signals along the mTOR biological pathway. Abnormal mTOR signals occur in epilepsy, autism, ID and other neurological conditions. One key role for mTOR signaling is in autophagy, the normal cleanup process in which cells dispose of damaged proteins, lipids, and other biological objects.

When autophagy doesn’t function normally, neurodegenerative diseases may result. Researchers in the current study found that the Boricua mutation leads to abnormal autophagy, which could be why this specific cohort of patients with TBCKE have a neurodegenerative course.

“Leucine activates mTOR signaling that was disrupted by the mutation, so this finding suggests that leucine might offer some improvement in disease symptoms if used in patients,” said Ortiz-Gonzalez. This is consistent with previous CHOP research in a TBCK-related disease, which showed potential therapeutic benefits in using leucine in affected cells.

Ortiz-Gonzalez and her CHOP collaborators are continuing to investigate the biology of TBCKE, while working to establish a patient registry of children with this rare disorder. Her eventual goal is to identify more patients and perform studies that could set the stage for a clinical trial to test leucine or a similar compound as a personalized treatment for this severe childhood disease.