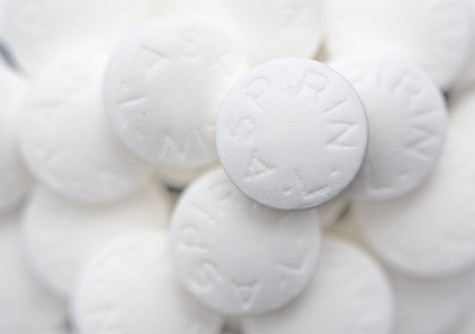 Researchers at Duke Medicine have solved some of the mysteries related to aspirin, and developed a blood-based test of gene activity that has been shown to accurately identify who will respond to the therapy.

Newswise — DURHAM, N.C. -- Aspirin has been widely used for more than 50 years as a common, inexpensive blood thinner for patients with heart disease and stroke, but doctors have little understanding of how it works and why some people benefit and others don’t.

Now researchers at Duke Medicine have solved some of the mysteries related to the use of this century-old drug, and developed a blood-based test of gene activity that has been shown to accurately identify who will respond to the therapy.

The new gene expression profile not only measures the effectiveness of aspirin, but also serves as a strong predictor of patients who are at risk for heart attack, according to a study appearing July 3, 2013, in the online edition of the Journal of the American College of Cardiology.

“We recognized the concept of aspirin resistance among a population of patients who have cardiac events or stroke,” said senior author Geoffrey S. Ginsburg, M.D., PhD, director of genomic medicine at Duke’s Institute for Genome Sciences & Policy and executive director of the Center for Personalized Medicine. “We give the same dose to all patients, but maybe some patients need a larger dose of aspirin, or maybe they need to try a different therapy entirely. We need better tools to monitor patients and adjust their care accordingly, and the findings from our study move us in that direction.”

The Duke researchers enlisted three groups of participants – two of healthy volunteers and one comprised of patients with heart disease seen in outpatient cardiology practices.

The healthy volunteers were given a dosage of 325 mg of aspirin daily for up to a month; the heart disease patients had been prescribed a low dose of aspirin as part of their treatment. Blood was then analyzed for the impact of aspirin on RNA expression and the function of platelets, which are the blood cells involved in clotting.

The RNA microarray profiling after aspirin administration revealed a set of 60 co-expressed genes that the researchers call the “aspirin response signature,” which consistently correlated with an insufficient platelet response to aspirin therapy among the healthy subjects as well as the heart disease patients.

The researchers also examined the aspirin response signature in another group of patients who had undergone cardiac catheterizations. They found the signature was also effective in identifying those patients who eventually suffered a heart attack or died.

“The aspirin response signature can determine who is at risk for heart attack and death,” said Deepak Voora, M.D., assistant professor of medicine at Duke and lead author of the study. “There is something about the biology of platelets that determines how well we respond to aspirin and we can now capture that with a genomic signature in blood.”

Ginsburg said the research is progressing to recreate the findings in other populations, and to develop a standardized testing system that could one day move the analysis into daily practice.

“Nearly 60 million people take aspirin regularly to reduce their chances of heart attack and death, but it doesn’t work for everyone,” said Rochelle Long, Ph.D., of the National Institutes of Health’s National Institute of General Medical Sciences, which partly supported the study. “By monitoring gene activity patterns these investigators uncovered a ‘signature’ linked to inadequate responsiveness. This work may eventually lead to a simple blood test to identify those who do not benefit from aspirin, enabling them to seek other therapeutic options.”