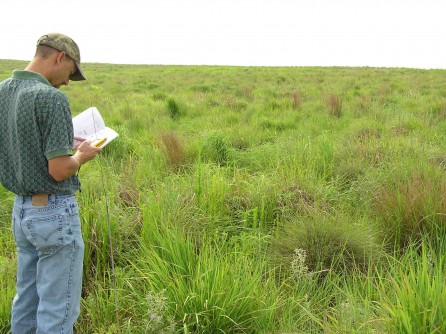 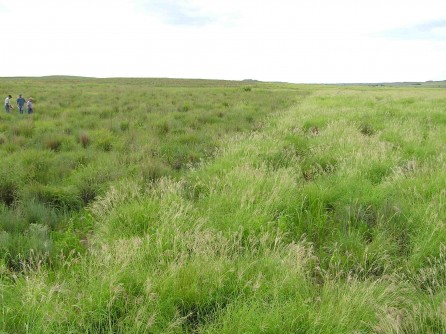 Newswise — Development of a large scale biofuel industry based upon biomass will require large quantities of cellulosic feedstock. A proposal to avoid impacting other land uses, such as food and forage, biomass could be harvested from up to 50% of the land in the Conservation Reserve Program (CRP). The CRP pays farmers not to plant crops on former crop land, instead turning it to wildlife and conservation purposes.

But how much value from biomass is on this land? To try and determine the sustainability of CRP lands for biomass production, scientists led by Dr. Brad Venuto from the USDA-ARS Grazinglands Research Lab in El Reno, OK, in cooperation with the NRCS District Conservationist stationed at Buffalo, OK, identified six CRP sites in northwestern Oklahoma for multi-year biomass harvests. Results of the study were published in the March-April 2010 issue of Crop Science, published by the Crop Science Society of America. Three sites were native mixed grasses, and three sites were introduced old world bluestem. The sites were harvested over three years, and consisted of three harvest date treatments: early August, early October, and post frost. Harvest occurred later in the year to avoid bird nesting seasons. Averaged across all years, locations, and harvest treatments, old world bluestem produced a yearly total nearly twice the dry biomass feedstock per acre than the native mixed grasses. October harvests produced the maximum biomass for both treatments. Over the course of the study, however, biomass production consistently declined at all sites and all treatments, but the rate of decline was greater for old world bluestem. This suggests that native mixed grasses may be more sustainable long-term, but more long-term studies would be required. Some of the declines in biomass productivity were attributed to low rainfall in the third year. In addition, the first year may have been higher due to accumulated leaf litter. Although burning to remove litter can improve productivity of grassland, this study demonstrated that harvesting does not yield the same results. Nutrient removal was small but cumulative, so without nutrient inputs, it’s doubtful that harvest of either type of grass would be sustainable. Given the low yields observed in this study, the use of CRP land for biomass feedstock production in low rainfall regions like Oklahoma may not be economical. If harvests are restricted to every third year, more land would be required to achieve sufficient biomass. Similarly, the clear yield advantage of old world bluestem may pose serious questions as to whether the use of introduced species to maximize biomass yield may be incompatible with ecosystem services provided by native mixed perennial species. The full article is available for no charge for 30 days following the date of this summary. View the abstract at http://crop.scijournals.org/cgi/content/full/50/2/737.

Crop Science is the flagship journal of the Crop Science Society of America. Original research is peer-reviewed and published in this highly cited journal. It also contains invited review and interpretation articles and perspectives that offer insight and commentary on recent advances in crop science. For more information, visit http://crop.scijournals.org

The Crop Science Society of America (CSSA), founded in 1955, is an international scientific society comprised of 6,000+ members with its headquarters in Madison, WI. Members advance the discipline of crop science by acquiring and disseminating information about crop breeding and genetics; crop physiology; crop ecology, management, and quality; seed physiology, production, and technology; turfgrass science; forage and grazinglands; genomics, molecular genetics, and biotechnology; and biomedical and enhanced plants.

CSSA fosters the transfer of knowledge through an array of programs and services, including publications, meetings, career services, and science policy initiatives. For more information, visit www.crops.org 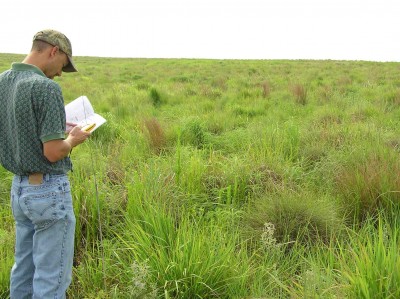 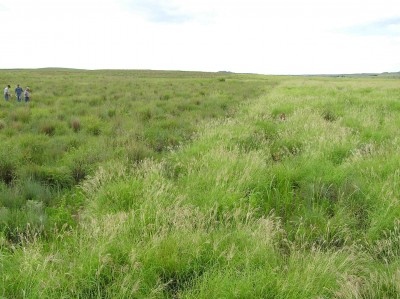 Caption: A side by side comparison of Old World bluestem (right) and native mixed species (left) on Conservation Reserve Program plantings in northwestern Oklahoma