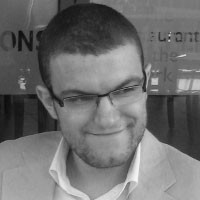 Newswise — A Birkbeck researcher has published an article that reveals the extent to which popular novels differ around the world. Professor Martin Paul Eve, Chair of Literature, Technology and Publishing, shows how and why the wildly-popular 2004 novel by David Mitchell, Cloud Atlas, is substantially different in the UK and US editions of the same book.

Despite its relative youth as a novel, Cloud Atlas is a staple of book groups around the world and has won many international book awards. Until unveiled by this research, however, it has not been clear to readers that the versions of the text in circulation are extremely different to each other and that different readers were encountering very different novels under the same name.

“Given that this text is widely taught, studied, and read by many groups, there are some important questions to ask around how we are discussing novels and the specificity of the language within them. Further to this, I believe this study highlights that critics may need to consider the production processes of contemporary fiction in order to deal with the multiple and different editions of this text and other contemporary novels.”

In order to demonstrate the extent to which the editions of the novels vary, Professor Eve developed and used a range of “digital humanities” methods and visualization techniques on the data he had derived from the novel.

“While the term 'digital humanities' is often over-used”, Professor Eve added, “visualizations can help us to understand and see texts at a scale that we miss when reading works of fiction. I also hope that others will take forward the work I have done here and re-use the dataset and software – which are free and open for all – to examine other works of contemporary fiction.”

The double-blind peer-reviewed results of this research, including comments from author David Mitchell himself, can be read openly online in the peer-reviewed journal article: Martin Paul Eve, '“You have to keep track of your changes”: The Version Variants and Publishing History of David Mitchell's Cloud Atlas', Open Library of Humanities, 2(1), http://www.dx.doi.org/10.16995/olh.82.

All Journal News Arts and Entertainment