Black Friday Brings Out Worst in Shoppers and Retailers 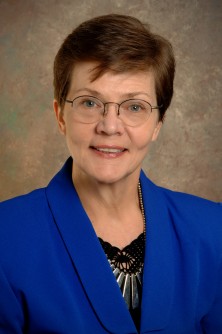 Newswise — Professor Sharron Lennon wants to know what motivates consumers to misbehave on the day following Thanksgiving, the unofficial start of the holiday shopping season. The Irma Ayers Professor of Fashion and Apparel Studies spent the past three Black Fridays observing and surveying shoppers.

“If people put a lot of effort into their Black Friday shopping, those were the people who were likely to be the misbehavers on Black Friday,” Lennon said.

That effort includes coupon clipping and extensive planning, choosing which stores to visit when for which advertised items. When consumers’ expectations are out of line with reality problems ensue. For instance, if a shopper expects to get the deeply discounted laptop advertised in a flyer and lines up in the cold before the store opens only to find the store has just a handful in stock, she might get angry and misbehave. Lennon wants to understand customers’ motivations and the influence of various factors including crowds, cranky salespeople, long lines and stockouts, so she can make recommendations to reduce consumer misbehavior on Black Friday.

Lennon targets her solutions at retailers rather than consumers, because while shoppers can regulate their own behaviors, they cannot control the behaviors of others, the number of registers open or the length of lines.

-Hand out tickets. For items with limited quantities, stores could provide shoppers waiting in line with as many tickets as the store has units in stock.

- Eliminate coupons. Redeeming them involves several steps for the shopper, from clipping to remembering them at the register; retail workers surveyed reported coupons as their greatest Black Friday nuisance.

-Post stockouts. A sign located at the front of the store reduces the effort on the part of the shopper who might otherwise spend a lot of time fighting the crowd in search of an item that sold out hours before.

-Announce unexpected bargains. Similar to retailer K-mart’s well-known “blue light specials,” stores could randomly announce savings on certain items at various unadvertised times throughout the day. Unexpected promotions would be fun for shoppers and much of the planning effort would be eliminated, Lennon explained.

Lennon and colleagues from the University of Minnesota, Oregon State University, and North Dakota State University plan to publish their findings in a series of upcoming articles. They believe theirs would be the first published research to deal specifically with Black Friday.