It is not biology, but access to health care that is causing Black Non-Hispanic patients with squamous cell cancer of the head and neck to have lower survival rates.

Newswise — Studies have long reported that Black cancer patients have poorer outcomes than their white counterparts. But two University of Colorado Cancer Center researchers decided to investigate the data further and figure out why. What they found was that the outcome disparity was caused not by biology, but simply by differences in access to health care. 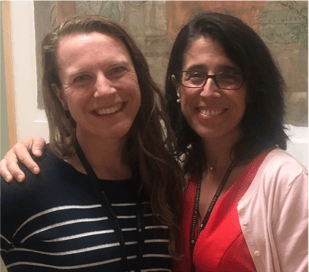 The researchers, Jessica McDermott, MD, an assistant professor in the Department of Medical Oncology, and Sana Karam, MD, PhD, an associate professor in the Department of Radiation Oncology, examined Medicare data for individuals suffering squamous cell cancer of the head and neck. All 13,117 patients in this study were diagnosed with their first and only malignant tumor at age 66 or older sometime between 2006 and 2015.

The data confirmed what has been widely reported for years ­– that the Black head and neck cancer patients had worse outcomes than the white cancer patients.

“But then when we controlled for access to care, those differences suddenly disappeared,” says McDermott. “When you closely examine the data, it becomes clear what is going on.”

Their findings were published this week in the Journal of the National Comprehensive Cancer Network. The physicians hope their research will catch the attention of those who can help narrow those disparate outcomes.

McDermott and Karam identified two major differences for Black patients: first, they presented at later stages of cancer, and second, they were less likely to receive treatment.

“This is an interesting finding,” says McDermott. “A lot of the reasons driving the disparate outcomes came down to socially related things – they were less likely to be married, lived in poor areas, had comorbidities [presence of two or more chronic diseases], were less likely to see a primary care provider in the year leading up to the diagnosis, and were more likely to present in the emergency room.”

For most cancers, where and when a patient first presents can make a large difference both in the care received and in the outcome.

“Just a reminder that we are talking about a curable disease, a disease that, if treated properly, can be eradicated with a high degree of certainty,” says Karam. “I hope that more targeted interventions can be developed as a result of our findings. The problem lies not so much in biological differences, but access. If Black patients get the treatment, they do just as well.”

A teaching and research hospital like the University of Colorado can lead the way in improving the care of underserved communities.

“Like many other tertiary care centers, we have a great number of clinical trials, but not everyone who could benefit from them enjoys access,” says Karam. “We need to enhance our ability to deliver more broadly the best and newest trials that can extend life and decrease symptom burden.”

The disparities that Black community members face are gaining national attention after the deaths of George Floyd and other Black men and women. But one area of inequity that has not received as much attention is access to medical care. Last month, dozens of providers gathered at the Anschutz Medical Campus to support a national movement by kneeling with fellow White Coats for Black Lives members.

“Speaking up is an important first step towards change,” says Karam. “But it must be accompanied by policy change aimed at expanding access to care. We invest billions in new therapies that might or might not work but devote far less attention to helping our socially challenged patients get through the door, which our study shows does work.”

The doctors say that more work is needed to overcome hurdles to health care access.

“We also need to educate the next generation of doctors on showing compassion and sensitivity to issues of race, income, social challenges, addiction, and other access barriers,” says Karam.

What the CU Cancer Center is doing to help

Prior to this study’s publication, Dr. McDermott was awarded a grant from the CU Cancer Center Office of Community Outreach and Engagement to increase the representation of the Hispanic populations in head and neck cancer clinical trials. Colorado has a large population of Hispanics, which makes that population an easier place to begin making changes.

“Our goal is to use that project to branch out to Hispanics, Blacks, and anyone else with socioeconomic issues that currently compromise their access to care,” says McDermott.

The CU Cancer Center will continue studying the health disparities for different types of cancer and investigating strategies for eliminating the barriers faced by those needing care.