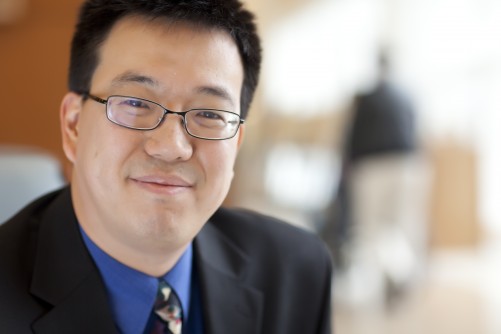 Newswise — CHICAGO – When it comes to making decisions about which prostate cancer treatment to choose, black and white men prioritize certain treatment-related factors differently, according to a University of North Carolina Lineberger Comprehensive Cancer Center study.

In a survey of 1,171 black and white men diagnosed with prostate cancer in North Carolina, researchers found that more black men were concerned about the impact that treatment would have on their daily activities, the cost of treatment, and the time it would take to both go through the treatment as well as to recover from it.

The findings, presented Monday, June 5, at the 2017 American Society of Clinical Oncology Annual Meeting, may offer clues as to why some black men are less likely to receive aggressive treatment for this disease.

“These differences in the perceptions of these important factors in treatment decision-making likely play a role in racial disparities in treatment selection and outcomes in prostate cancer,” said UNC Lineberger’s Ronald C. Chen, an associate professor in the UNC School of Medicine Department of Radiation Oncology and study’s senior author.

Prostate cancer is the third most common cancer in the United States, and it disproportionately affects black men in incidence and in death. Multiple studies have also identified differences in the types of treatment men receive by race, with a 2010 study published in Journal of Clinical Oncology finding that non-white men were less likely to have surgery for prostate cancer even after controlling for multiple other factors that may affect that outcome.

“Racial disparities in prostate cancer persist despite numerous interventions,” said Brittaney-Belle Gordon, a student in the UNC School of Medicine and the study’s first author. “Previous research has primarily investigated biological, socioeconomic and perceptual, or bias, factors as sources of this disparity. However, very few studies have examined differences in the decision-making process.”

However, they found some differences by race for other factors. While 74 percent of black men with intermediate or high-risk cancer considered the impact that treatment would have on their daily activities to be very important, only 58 percent of white men rated that factor as very important.

There are multiple treatment options for prostate cancer, including surgery and different types of radiation therapy, Chen said.  In addition, “active surveillance” is appropriate for patients with an early, low-risk diagnosis, but is not appropriate when the cancer is more aggressive, or intermediate or high risk. Surgery and radiation are equally effective, but are different in term so of impact on quality of life, treatment and recovery time, and cost, he added.

“By understanding the diverse specific factors men take into consideration in making treatment decisions, and the most important priorities for each patient, clinical providers can better communicate, educate, and assist patients in making healthcare decisions that will best accomplish their treatment goals in the context of their priorities,” Chen added.

The study was supported by the Agency for Healthcare Research and Quality and the Patient-Centered Outcomes Research Institute.