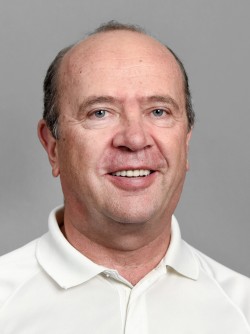 Newswise — Dash is up and Bitcoin is down. U.S. Nasdaq Market Technology and Switzerland’s SIX Securities Services are exploring digital ledger technologies for stock market trades. IBM and Microsoft have introduced blockchain platforms.

But despite the growing buzz about crypto technologies, most consumers remain puzzled by what it all means.

Digital currencies, like Dash and Bitcoin, are also known as a “cryptocurrencies.” They are a decentralized form of online money that doesn’t require or rely on government controls, banks and credit card companies.

Cryptocurrencies offer a form of money that is portable, inexpensive, divisible, and fast. It can be spent easily and instantly online at merchants across the globe, at much lower fees than credit and debit cards.

Since the original cryptocurrency, Bitcoin, was launched in 2009, more than 1300 different cryptocurrencies have been introduced. Dash, short for digital cash, is among the top ten digital currencies. It was built from Bitcoin’s code base, but implemented with a number of improvements.

Dash has partnered with Arizona State University to launch the Blockchain Research Lab.

What is a blockchain?

Blockchain is a decentralized, digital ledger system that serves as the foundation upon which Bitcoin and other cryptocurrencies operate. Just as a public record of a town’s transactions enables the community to verify property ownership, blockchain uses a wide network to keep track of digital transactions, whether they are cryptocurrency, property transfers or contracts for goods or services. It’s a chain because additions or changes can only be made by adding new information to the end.

This means the blockchain cannot be surreptitiously edited or changed. Once the transaction is encoded in the Blockchain and becomes part of the “chain,” the parties cannot reverse or alter it without mutual agreement and the creation of a new transaction record that affirms the change.

Blockchains can be public, open-source networks or private ledgers that require explicit permission to read or add transactions.

Where is the blockchain?

Blockchains are replicated on networked computers around the globe and accessible to anyone with Internet access.

However, a specific group of network participants, called “miners,” are responsible for inputting and validating transactions from users. Only after these transactions are validated and encrypted by miners are they added to the blockchain.

How do blockchain transactions work?

Using the Dash cryptocurrency blockchain as an example, transaction ownership is determined by two cryptographic keys. A public key is visible to anyone who has access to the blockchain. A private key is held by the owner and not made visible on the blockchain.

Blockchain’s technological infrastructure has a number of elements that make it desirable.

Who owns and manages the blockchain?

It depends on the type of Blockchain.

At the moment, no one entity owns the blockchain. However, if 51 percent of the blockchain became controlled by a group of cryptographers working in collaboration, that group could take over the chain.

Currently, cryptocurrency mining requires lots of electrical power, and as a result, miners are located in countries where power is not expensive. Because such countries tend to be those in which government has overriding control of business, there is concern that a government may claim ownership of a public blockchain.

If banks are not a part of cryptocurrency exchanges, where are my assets stored?

Cryptocurrency is stored in a digital “wallet” which, for each transaction, holds elliptic curve digital signature algorithm (EDCSA) keypairs. These pairs are comprised of a public key that identifies the transaction, and a private key known only to the “owner” and used to decrypt the transaction to transfer the “coins” for goods or cash.

How can I spend my cryptocurrency? Do merchants accept all of them?

The list of merchants that accept cryptocurrencies is expanding and includes merchants like Overstock and Expedia. But for now, most users can cash out via their wallets and have the funds deposited into a specified bank account. Several digital asset exchanges around the world provide trading pairs with fiat and other digital currencies, as well as bank wire transfers.