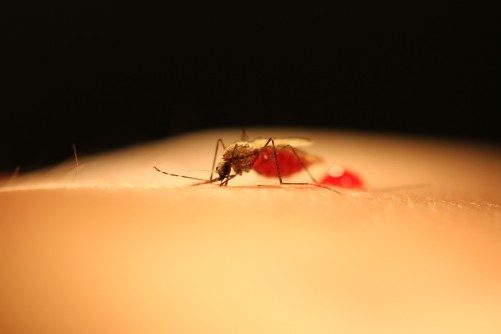 Newswise — Disruption of hormone signaling in mosquitoes may reduce their ability to transmit the parasite that causes malaria, according to a new study published in PLOS Pathogens. The findings suggest a potential new approach to combat spread of the disease.

Malaria kills about 500,000 people every year. A person can become infected when bitten by a female mosquito that carries the Plasmodium parasite in its saliva, allowing the microbe to enter the person’s bloodstream. Efforts to reduce infection have relied heavily on insecticides that kill malaria-spreading mosquitoes, but the insects are rapidly becoming resistant to these chemicals.

In the new study jointly led by Flaminia Catteruccia and Caroline Buckee of the Harvard T. H. Chan School of Public Health, Boston, Lauren Childs, Francisco Cai, Evdoxia Kakani and colleagues investigate a potential alternative to insecticides. Instead of killing mosquitoes, their method targets the ability of the bloodsuckers to transmit malaria.

To test this method, the researchers exposed adult Anopheles gambiae females, the dominant malaria-spreading mosquitoes in sub-Saharan Africa, to a type of chemical known as DBH. DBH targets the activity of the steroid hormone known as 20-hydroxyecdysone, which plays a role in several biological processes in mosquitoes.

To further explore the potential of hormone targeting as a malaria control tactic, the researchers fed their experimental results into a mathematical model of the mosquito life cycle. The results suggest that applying DBH to bed nets or spraying it indoors could potentially reduce malaria transmission as effectively as insecticides.

In your coverage please use this URL to provide access to the freely available article in PLOS Pathogens: http://journals.plos.org/plospathogens/article?id=10.1371/journal.ppat.1006060

Image Caption: A female Anopheles gambiae mosquito feeding on bloodImage Credit: Photo courtesy of Emily Lund, Harvard Please contact plospathogens@plos.org if you would like more information. Funding: COB, FYC and LMC were supported by Award Number U54GM088558 from the National Institute Of General Medical Sciences (NIGMS). The content is solely the responsibility of the authors and does not necessarily represent the official views of the NIGMS or the NIH. FC and SNM were partially supported by a NIH grant (grant ID: NIH 1R01AI104956-01A1), while FC, EGK, PG and DP were partially supported by the European Research Council FP7 ERC Starting Grant Anorep (grant ID: 260897) and by Harvard T.H. Chan School of Public Health funds. FC and DP were supported by the Bill & Melinda Gates Foundation (Grant ID: OPP1140143). The funders had no role in study design, data collection and analysis, decision to publish, or preparation of the manuscript. Competing Interests: A patent application covering some aspects of this work has been filed on behalf of FC, PG, EGK and DP by Harvard University. Citation: Childs LM, Cai FY, Kakani EG, Mitchell SN, Paton D, Gabrieli P, et al. (2016) Disrupting Mosquito Reproduction and Parasite Development for Malaria Control. PLoS Pathog 12(12): e1006060. doi:10.1371/journal.ppat.1006060