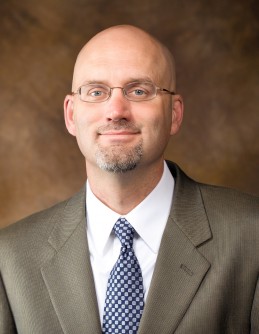 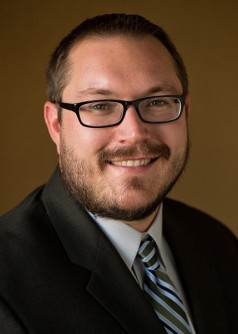 Joshua Barnett, director of research and evaluation for the National Institute for Excellence in Teaching

Newswise — FAYETTEVILLE, Ark. – School administrators who want to develop a merit-pay plan for teachers know a plan’s success hinges on how well it is designed. Now, Gary Ritter, a researcher in the College of Education and Health Professions at the University of Arkansas, and Joshua Barnett, a former Distinguished Doctoral Fellow at the university, have co-written a how-to book to help administrators understand all the issues to consider and questions to answer in the planning process.

Ritter and Barnett have been studying merit-pay plans in school systems – and working with school leaders to design plans – for 10 years. Their book, A Straightforward Guide to Teacher Merit Pay: Encouraging and Rewarding Schoolwide Improvement, is a culmination of their experiences in working with districts across the nation.

The idea of merit pay in schools is often controversial, and the goal of the book is not to argue for or against the strategy. However, Ritter believes, “there are school leaders around the country interested in innovative strategies to use teacher bonuses as a lever to recruit, reward and, we hope, retain the most effective teachers. In our book, we describe many of the obstacles a school leader might face in implementing such a plan.”

The authors say merit pay for teachers is an idea that surfaces every 20 years or so on the education reform landscape, but it may be here to stay because of “the full swing toward accountability and the ability to measure, track and interpret the performance of students and teachers.” The book defines merit pay as a program that provides financial incentives to both reward exceptional classroom performance and to encourage a teacher to stay in the classroom.

The controversy centers primarily on funding sources and questions about the fairness of compensating teachers based on measures of teacher effectiveness that some don’t consider have enough evidence to support them.

“This book is intended to truly be a guide for those looking to encourage and reward teachers in their schools,” Barnett said. “It’s written with a step-by-step approach to help a district make decisions on what is important in creating an effective alternative. We wrote this book after having dozens of meetings with district and state leaders who wanted to change how they rewarded their teachers, but they were not sure where to begin or how to get started.”

Ritter and Barnett worked together with other researchers from 2005 to 2008 to evaluate the Achievement Challenge Pilot Project operating within three elementary schools in the Little Rock School District. In that program, they found positive effects in teacher attitudes and student achievements. Test score gains for students at the schools using the merit pay system were 3.6 to 4.6 points greater than the gains observed for students in demographically similar comparison schools, they reported.

Their description of that research and research from other areas of the United States illustrates the difficulty of stating precisely how effective merit plans are, the authors explained, because of the variation in program components. They suggested that’s one reason the debate over merit pay continues.

Ritter and Barnett also describe why merit pay can be a viable alternative to the current single-salary system and how to encourage constructive conversations with both opponents and supporters of merit pay programs. They list the top 12 criticisms of merit pay including the assertions that it unfairly rewards teachers of the brightest students and further discourages teachers from working with low-performing students and that teacher merit is too hard to measure. They discuss strategies program developers could adopt to address each criticism.

The authors offer six guiding principles such as making the evaluation system clear and understandable and making the bonuses substantial, and they discuss “pesky questions” in three categories: identifying program participants, measuring teacher effectiveness and establishing ratings and rewards.

They provide a detailed discussion of how to design, implement and evaluate a merit-based program and outline a hypothetical plan called RAMP (Rewarding Achievement with Merit Pay) using the book’s guidelines. In this section, Ritter and Barnett emphasize the importance of building a merit pay program carefully and collaboratively, so that teachers are included in program development and thus buy into the plan. The book also contains appendices with a sample teacher survey and a sample report card for teachers.

“Revising the educator compensation system is an effort to not only fairly reward the good work of teachers – measured not only by test scores, but also by the changes to daily practices,” Barnett said. “Such revisions can also help with recruiting and retaining the next generation of highly skilled professionals who will be vital to ensuring America’s education system remains competitive globally.”

A Straightforward Guide to Teacher Merit Pay: Encouraging and Rewarding Schoolwide Improvement is published by Corwin.