21-May-2014 8:00 AM EDT, by University of Arkansas, Fayetteville
favorite_border 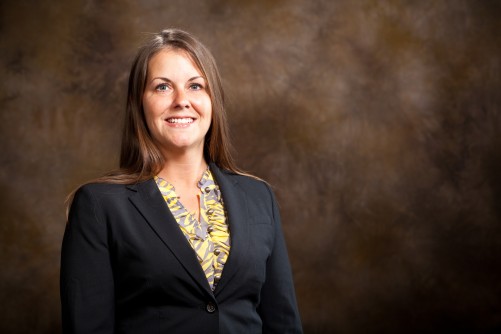 Newswise — FAYETTEVILLE, Ark. – A new study by a marketing researcher at the University of Arkansas confirms the so-called “bottom-dollar effect,” which is when a consumer’s satisfaction for a product decreases as the consumer’s budget is exhausted.

The study by Robin Soster, assistant professor of marketing in the Sam M. Walton College of Business, demonstrated that consumers experience significant differences in satisfaction based solely on their budget status or financial condition at the time of purchase, rather than the quality of the product or how much it costs.

While the relationship between the pain of spending and satisfaction with the purchase has been tested in other ways, this research is the first to empirically link budgets, spending pain and satisfaction, as participants purchased, consumed and evaluated actual products.

In this case, participants whose purchases depleted their financial resources reported lower satisfaction with a movie download compared to those who purchased the same movie with plenty of money remaining in their budget.

The findings, to be published in the October 2014 issue of the Journal of Consumer Research, have major implications for retail marketers and managers, Soster said.

“Because the status of consumers’ budgets may influence satisfaction with a product, marketing managers might consider the timing of promotions to coincide with resource availability,” Soster said. “If a marketer’s goal is to attract new customers, initial promotions might be better timed at the beginning of a month or immediately after consumers receive tax refunds, to ensure that budgets are not approaching exhaustion at the time of purchase.”

They measured how satisfied people were with movies purchased at different moments in the budgetary cycle. The majority of the researchers’ studies required the participants to first earn resources and create a budget before spending those resources on movie downloads.

“We predicted that as budget balances dwindled, the remaining dollars would be more painful to part with,” Soster said. “This in turn would make products feel more costly, so people were less satisfied with what they bought.”

The authors considered the pain of spending in various ways. For example, they found that if a consumer thinks it is difficult to earn resources to replenish a budget, or if budget replenishment is a long way off, satisfaction with the same item is lower.

Also, getting free money when budgets are near exhaustion eliminates decreases in satisfaction, but has no influence on satisfaction with a purchased product if the same windfall is received when plenty of resources are available. The bottom-dollar effect on satisfaction also disappears if consumers are told their budgets will be replenished soon.

“These findings are important not only for marketers and retailers but for consumers too,” Soster said. “They reveal that satisfaction is influenced by more than the experience of a product and its cost. While some people may be able to mitigate the effects of this phenomenon by ignoring their budgets, a more fiscally responsible approach would be to make important purchases only when budgets are flush with resources.”