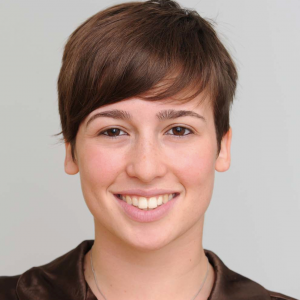 Newswise — Boys are 10 times more likely to be vaccinated against human papillomavirus (HPV) in provinces where the vaccine is publicly funded than in places where it is not, according to a new study published by a researcher at the Princess Margaret Cancer Centre and colleagues at McGill University, Université de Montréal, and the Jewish General Hospital.

In this study, Dr. Gilla Shapiro, a psychologist at Princess Margaret’s Department of Supportive Care, used data from a nationwide survey of parents and guardians of nine to 16-year-old children from 2016 and 2017 to examine the social determinants of vaccination in boys and girls.

The study breaks HPV vaccination rates down by gender and the availability of immunization programs during the two time periods. It finds that in provinces where the vaccine was available to boys in school – Alberta, Nova Scotia and Prince Edward Island – vaccination rates were higher than in provinces where it is was not publicly funded – British Columbia, New Brunswick, Newfoundland and Labrador, and Saskatchewan. HPV vaccination programs are now funded for girls and boys across Canada.

The study also identified other important factors related to increased vaccine uptake in both boys and girls including older child’s age, parents’ confidence in the safety of the vaccine, affordability, and healthcare provider recommendation.

The findings appear Dec. 6 in the journal The Lancet Regional Health - Americas. Dr. Shapiro is first author of the observational study.

“This analysis highlights the interplay of factors that can improve HPV vaccine uptake in children,” Dr. Shapiro says. “Publicly funded school-based programs are an impactful strategy for vaccine uptake.”

The study found that in provinces with no public funding of the HPV vaccine for boys just five per cent of parents surveyed said their son was vaccinated in 2016. That number rose to 14 per cent by 2017.

Vaccination rates in provinces that had public funding for boys to receive the HPV vaccine during both periods rose from 36 per cent to 57 per cent.

For the provinces that introduced funding for the vaccine for boys between the two time periods, vaccination rates also increased from 10 per cent to 26 per cent.

This work was funded by the Canadian Cancer Society Research Institute.

Princess Margaret Cancer Centre has achieved an international reputation as a global leader in the fight against cancer and delivering personalized cancer medicine. The Princess Margaret, one of the top five international cancer research centres, is a member of the University Health Network, which also includes Toronto General Hospital, Toronto Western Hospital, Toronto Rehabilitation Institute and the Michener Institute for Education at UHN. All are research hospitals affiliated with the University of Toronto. For more information: www.theprincessmargaret.ca.