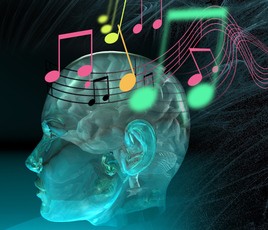 Newswise — Every brain has a soundtrack. Its tempo and tone will vary, depending on mood, frame of mind, and other features of the brain itself. When that soundtrack is recorded and played back -- to an emergency responder, or a firefighter -- it may sharpen their reflexes during a crisis, and calm their nerves afterward.

Over the past decade, the influence of music on cognitive development, learning, and emotional well-being has emerged as a hot field of scientific study. To explore music's potential relevance to emergency response, the Dept of Homeland Security's Science & Technology Directorate (S&T) has begun a study into a form of neurotraining called "Brain Music" that uses music created in advance from listeners' own brain waves to help them deal with common ailments like insomnia, fatigue, and headaches stemming from stressful environments. The concept of Brain Music is to use the frequency, amplitude, and duration of musical sounds to move the brain from an anxious state to a more relaxed state.

"Strain comes with an emergency response job, so we are interested in finding ways to help these workers remain at the top of their game when working and get quality rest when they go off a shift," said S&T Program Manager Robert Burns. "Our goal is to find new ways to help first responders perform at the highest level possible, without increasing tasks, training, or stress levels."

If the brain "composes" the music, the first job of scientists is to take down the notes, and that is exactly what Human Bionics LLC of Purcellville, VA does. Each recording is converted into two unique musical compositions designed to trigger the body's natural responses, for example, by improving productivity while at work, or helping adjust to constantly changing work hours.

The compositions are clinically shown to promote one of two mental states in each individual: relaxation " for reduced stress and improved sleep; and alertness " for improved concentration and decision-making. Each 2-6 minute track is a composition performed on a single instrument, usually a piano. The relaxation track may sound like a "melodic, subdued Chopin sonata," while the alertness track may have "more of a Mozart sound," says Burns. (It seems there's a classical genius—or maybe two genii—in all of us. Listen to an instrumental alert track at www.dhs.gov/xlibrary/multimedia/snapshots/st_brain_music_active.mp3.

After their brain waves are set to music, each person is given a specific listening schedule, personalized to their work environment and needs. If used properly, the music can boost productivity and energy levels, or trigger a body's natural responses to stress.

The music created by Human Bionics LLC is being tested as part of the S&T Readiness Optimization Program (ROP), a wellness program that combines nutrition education and neurotraining to evaluate a cross population of first responders, including federal agents, police, and firefighters. A selected group of local area firefighters will be the first emergency responders taking part in the project.

The Brain Music component of the ROP is derived from patented technology developed at Moscow University to use brain waves as a feedback mechanism to correct physiological conditions.

In British philosopher John Locke's terms, Brain Music brings new meaning to his famous phrase: "A sound mind in a sound body, is a short, but full description of a happy state in this World."

And then there's always Cervantes, who coined, "He who sings scares away his woes."