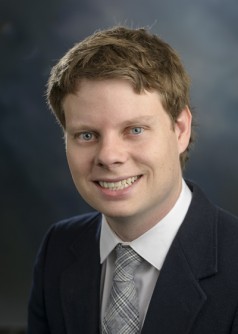 Michael A. Thomas, lead author and a graduate student in biology at Georgia State University 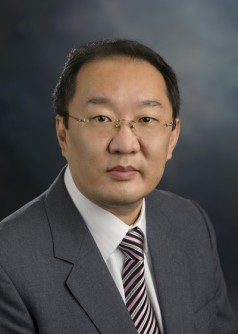 Vitaly Ryu, senior research scientist in the Department of Biology and Center for Obesity Reversal at Georgia State University

Newswise — ATLANTA—Activating receptors in the brain for the body’s hunger hormone increases food-related behaviors, such as gathering, storing and consuming food, a finding that has implications for the treatment of obesity, according to researchers at Georgia State University.

Their study suggests that stimulating brain receptors for ghrelin, a hormone that increases appetite, by injecting ghrelin into the brain is necessary and adequate to increase appetitive and consummatory behaviors in Siberian hamsters. However, activating ghrelin receptors in other parts of the body isn’t required to achieve these food-related behaviors.

The findings, published in The American Journal of Physiology – Regulatory, Integrative and Comparative Physiology, have important implications for treating obesity, a major public health concern worldwide.

“We’ve shown for the first time that blocking ghrelin receptors in the brain prevents an increase in both short-term and long-term food foraging, food hoarding and food intake following an injection of ghrelin in peripheral areas of the body,” said Michael A. Thomas, lead author and a graduate student in biology at Georgia State.

Levels of ghrelin circulation in the body fluctuate in response to the time elapsed since a person’s last meal, falling immediately after food consumption. Grehlin receptors are in the brain (central area) and the vagus nerve leading to the stomach (periphery).

Appetitive behaviors include driving to or shopping for food, also known as foraging, and storing food in cupboards, refrigerators, freezers and pantries, also called hoarding. Consummatory behaviors, or food intake, involve the consumption of food.

With nearly 35 percent of adults in the United States considered obese, the costs to treat obesity and associated diseases, such as type 2 diabetes, stroke, heart disease and some cancers, have reached $147 billion.

Factors such as genetics contribute to obesity, but the main cause is taking in more energy than is burned, in addition to the easy access of high-calorie, cheap food (foraging) and the ability to store these items for longer periods of time (hoarding). While research has focused on consummatory behavior, few studies have explored appetitive behaviors.

“Understanding the complex relationship between central and peripheral satiety signals is an important step in the development of clinically useful obesity treatment options,” said Vitaly Ryu, corresponding author and senior research scientist in the Department of Biology and Center for Obesity Reversal at Georgia State.

In previous work, the researchers found injecting ghrelin into the peripheral area stimulates food foraging, food hoarding and food intake in Siberian hamsters. However, it was unknown if ghrelin must stimulate receptors in the brain in order to increase these behaviors, regardless of peripheral stimulation of ghrelin receptors.

In this study, the researchers injected ghrelin into the third ventricle, or brain cavity, of Siberian hamsters and measured changes in food foraging, food hoarding and food intake. To test the effect of blocking ghrelin receptors in the brain, they used the potent antagonist JMV2959 to block the receptor in response to food deprivation and injection of ghrelin in the peripheral area. Then, they examined neuronal activation in the arcuate nucleus (Arc) and paraventricular hypothalamic nucleus (PVH) in the brain.

The study also found for the first time that blocking ghrelin receptors prevented neuronal activation of the PVH, but not the Arc, suggesting that PVH activity is essential in driving both appetitive and consummatory behaviors.

The late Timothy Bartness was a co-corresponding author of the study and founding director of the Center for Obesity Reversal at Georgia State.

The study was funded by the National Institutes of Health. 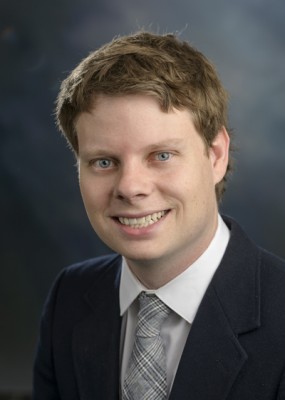 Caption: Michael A. Thomas, lead author and a graduate student in biology at Georgia State University 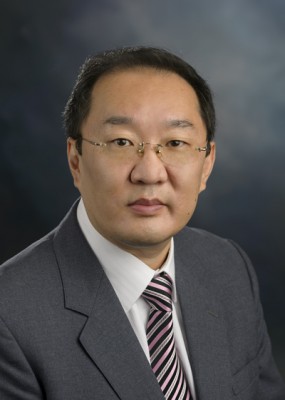 Caption: Vitaly Ryu, senior research scientist in the Department of Biology and Center for Obesity Reversal at Georgia State University