Brain Scans Link Concern for Justice with Reason, Not Emotion 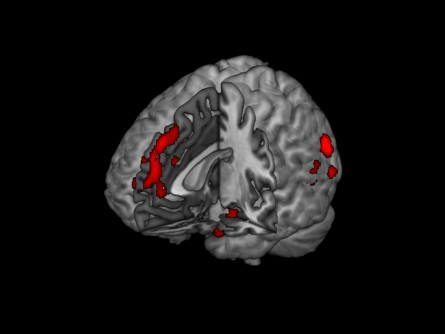 Newswise — People who care about justice are swayed more by reason than emotion. That is the unexpected finding of new brain scan research from the University of Chicago department of Psychology and Center for Cognitive and Social Neuroscience.

Psychologists have found that some individuals react more strongly than others to situations that invoke a sense of justice — for example, seeing a person being treated unfairly, or with mercy. The new study used brain scans to analyze the thought processes of people with high “justice sensitivity.”

“We were interested to examine how individual differences about justice and fairness are represented in the brain to better understand the contribution of emotion and cognition in moral judgment,” explained lead author Jean Decety, the Irving B. Harris Professor of Psychology and Psychiatry.

Using a functional magnetic resonance imaging (fMRI) brain-scanning device, the team studied what happened in the participants’ brains as they judged videos depicting behavior that was morally good or bad. For example, they saw a person put money in a beggar’s cup or kick the beggar’s cup away. The participants were asked to rate on a scale how much they would blame or praise the actor seen in the video. People in the study also completed questionnaires that assessed cognitive and emotional empathy, as well as their justice sensitivity.

As expected, study participants who scored high on the justice sensitivity questionnaire assigned significantly more blame when they were evaluating scenes of harm, Decety said. They also registered more praise for scenes showing a person helping another individual.

But the brain imaging also yielded surprises. During the behavior-evaluation exercise, people with high justice sensitivity showed more activity than average participants in parts of the brain associated with higher-order cognition. Brain areas commonly linked with emotional processing were not affected.

The conclusion was clear, Decety said: “Individuals who are sensitive to justice and fairness do not seem to be emotionally driven. Rather, they are cognitively driven.”

According to Decety, one implication is that the search for justice and the moral missions of human rights organizations and others do not come primarily from sentimental motivations, as they are often portrayed. Instead, that drive may have more to do with sophisticated analysis and mental calculation.

Decety adds that evaluating good actions elicited relatively high activity in the region of the brain involved in decision-making, motivation and rewards. This finding suggests that perhaps individuals make judgments about behavior based on how they process the reward value of good actions as compared to bad actions.

“Our results provide some of the first evidence for the role of justice sensitivity in enhancing neural processing of moral information in specific components of the brain network involved in moral judgment,” Decety said.

UChicago Psychology doctoral student Keith Yoder is a co-author on the paper, which was published in the March 19 issue of The Journal of Neuroscience,http://www.jneurosci.org/content/34/12/4161.abstract. The research was supported by grants from the National Institute of Mental Health and the John Templeton Foundation.