Brain Training Has No Effect on Decision-Making or Cognitive Function, Penn Researchers Report

6-Jul-2017 10:00 AM EDT, by Perelman School of Medicine at the University of Pennsylvania contact patient services
favorite_border 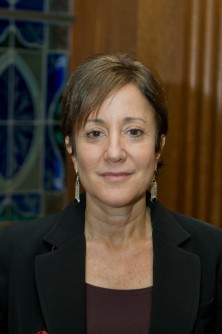 This is Caryn Lerman, PhD, vice dean for Strategic Initiatives and the John H. Glick professor in Cancer Research in the Perelman School of Medicine. 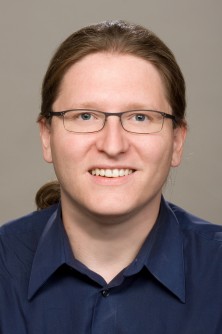 Newswise — PHILADELPHIA – During the last decade, commercial brain-training programs have risen in popularity, offering people the hope of improving their cognitive abilities through the routine performance of various “brain games” that tap cognitive functions such as memory, attention and cognitive flexibility.

But a recent study at the University of Pennsylvania found that, not only did commercial brain training with Lumosity™ have no effect on decision-making, it also had no effect on cognitive function beyond practice effects on the training tasks.

The findings were published in the Journal of Neuroscience.

Seeking evidence for an intervention that could reduce the likelihood that people will engage in unhealthy behaviors such as smoking or overeating, a team of researchers at Penn, co-led by Joseph Kable, PhD, the Baird Term associate professor in the department of Psychology in the School of Arts & Sciences, and Caryn Lerman, PhD, the vice dean for Strategic Initiatives and the John H. Glick professor in Cancer Research in the Perelman School of Medicine, examined whether, through the claimed beneficial effect on cognitive function, commercial brain training regimes could reduce individuals’ propensity to make risky or impulsive choices.

Lerman’s prior work had shown that engagement of brain circuits involved in self-control predicts whether people can refrain from smoking. This work provided the foundation for examining whether modulating these circuits through brain training could lead to behavior change.

“Our motivation,” Kable said, “was that there are enough hints in the literature that cognitive training deserved a real, rigorous, full-scale test. Especially given the addiction angle, we're looking for things that will help people make the changes in their lives that they want to make, one of which is being more future-oriented.”

The researchers knew that people with stronger cognitive abilities tend to make less impulsive decisions on the kinds of tasks that Kable studies, which involve giving people choices between immediate smaller rewards and delayed larger rewards. They also knew that this behavior is likely mediated by a set of brain structures in the dorsolateral prefrontal area of the brain that have been associated with performance on the executive function tasks like the ones in the Lumosity™ battery.

“The logic would be that if you can train cognitive abilities and change activity in these brain structures,” Kable said, “then that may change your likelihood of impulsive behavior.”

The researchers recruited two groups, each with 64 healthy young adults. One group was asked to follow the Lumosity™ regimen, performing the executive function games for 30 minutes a day, five days a week for 10 weeks. The other group followed the same schedule but played online video games instead. Both groups were told that the study was investigating whether playing online video games improves cognition and changes one’s decision-making.

The researchers found that the training didn't induce any changes in brain activity or decision-making during these tasks.

The participants were also asked to complete a series of cognitive tests that were not part of the training to see if the program had any effect on their general cognitive abilities. While both groups showed improvement, the researchers found that commercial brain training didn't lead to any more improvement than online video games. Furthermore, when they asked a no-contact group, which didn’t complete commercial brain training or video games, to complete the tests, the researchers found that the participants showed the same level of improvement as the first two groups, indicating that neither brain training nor online video games led to cognitive improvements beyond likely practice effects.

Although the cognitive training by itself did not produce the desired benefits, initial findings from Lerman’s laboratory show that combining cognitive exercises with non-invasive brain stimulation enhances self-control over smoking behavior.  This group is now conducting clinical trials to learn whether this combination approach can alter other risky behaviors such as unhealthy eating or improve attention and impulse control in persons with attention deficit hyperactivity disorder.

“Habitual behaviors such as tobacco use and overeating,” said Mary Falcone, a senior research investigator at Penn and coauthor on the study, “contribute to preventable deaths from cancer, cardiovascular disease and other public health problems.”

Lerman said, “As currently available behavioral and medical treatments for these habitual behaviors are ineffective for most people, there is a critical need to develop innovative approaches to behavior change. Changing the brain to change behavior is the approach that we are taking.”

If they can better understand the neural basis for those differences, Kable said, it might provide some clues about what kinds of cognitive or neural interventions would be useful to try to intervene and push people to be less or more impulsive.

Although, in this study, the researchers found that commercial cognitive training alone would not have an influence on one’s decision-making process or cognitive abilities, they believe that it was still an avenue worthy of rigorous investigation.

“I think we'd all like to have better cognitive abilities,” Kable said. “And we all see ways in which the vagaries of where we grew up and what school we went to and who our parents were had these effects on learning at an early age. The notion that you could do something now that would remediate it was very exciting. I think it was just an idea that really needed to be tested.”

This research was supported by grants R01-CA170297 and R35-CA197461 from the National Cancer Institute to Kable and Lerman through NCI’s Provocative Questions Initiative.