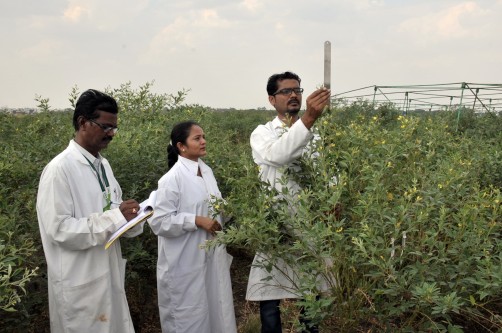 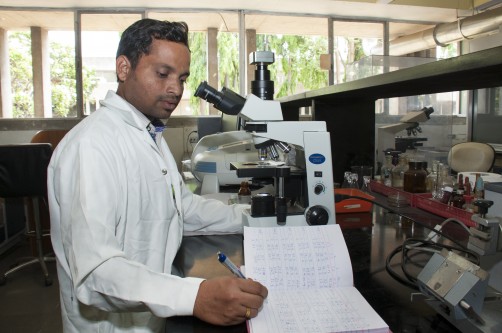 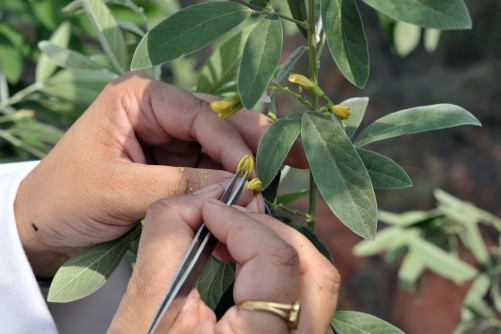 Newswise — Domesticating plants to grow as crops can turn out to be a double-edged scythe.

On one hand, selecting specific desirable traits, such as high yields, can increase crop productivity. But other important traits, like resistance to pests, can be lost. That can make crops vulnerable to different stresses, such as diseases and pests, or the effects of climate change.

To reduce these vulnerabilities, researchers often turn to the wild relatives of crops. These wild relatives continue to evolve in nature, often under adverse conditions. They possess several useful genes for desirable traits. These traits include high levels of resistance to diseases and tolerance to environmental stresses.

In a new study, scientists report significant strides in transferring disease- and stress-resistance traits from wild relatives of several legumes to their domesticated varieties. This research was conducted at the International Crops Research Institute for the Semi-Arid Tropics (ICRISAT) in Patancheru, India.

Legumes, such as chickpea, pigeonpea, and groundnut, are among the few crops that grow well in the scant rainfall and marginal soils of the semi-arid tropics. But they are facing significant challenges, says Shivali Sharma, lead author.

There are several wild relatives of these crops that are resistant to pests and diseases. “There is an urgent need to find and introduce these useful genes from wild relatives into crop cultivars,” says Sharma. That would improve the resilience of domestic legume varieties and sustain agriculture in these regions.

It can be highly challenging – and often impossible – to directly breed domesticated crops with their wild relatives. For example, of the eight wild annual species of chickpea, only one is readily crossable with cultivated chickpea and yields fertile offspring.

Similarly, wild varieties of groundnut are resistant to fungal infections. But direct crossing of wild and domesticated groundnut is challenging because of differences in how the DNA in their cells is packaged. Additionally, these species do not cross well with cultivars.

Most wild varieties of groundnut are diploid: their DNA is organized in two sets of chromosomes per cell, much like in humans. During reproduction, one set comes from the male parent and the other set from the female parent.

“It takes a lot of time and resources to overcome challenges like these,” says Sharma. “That often makes breeders reluctant to directly use wild species in breeding programs.”

Pre-breeding programs, such as the one at ICRISAT, invest their time and skill in the wild crop relatives. Sharma and her colleagues bred wild groundnut varieties whose cells have four sets of chromosomes. Then they identified which of these tetraploid wild varieties were also resistant to fungal infections. These were then crossed with cultivated groundnut varieties to develop new breeding lines with good resistance and yields. Plant breeders can now directly cross these fungal-resistant lines with domesticated groundnut to create new varieties.

“Crop wild relatives are the reservoir of many useful genes and traits,” says Sharma. “It is our responsibility to use this hidden treasure for future generations.”

It’s especially important in the context of legumes because they provide a bevy of benefits. For instance, bacteria in their root nodules pull in valuable atmospheric nitrogen. That increases soil fertility and reduces the need for fertilizers.

Legumes are also vital for food security in the semi-arid tropics and other parts of the world. They are an important source of protein and micronutrients. Combined with cereals, they are a sustaining diet for people across the world.

And “pre-breeding programs are the first step to improve the nutrition and resilience of modern legume varieties,” says Sharma.

Read more about this research in Crop Science.

Legumes are part of a food group known as pulses. The United Nations Food and Agriculture Organization declared 2016 the International Year of Pulses (IYP). In celebration, the Crop Science Society of America (CSSA) created a web page for the public about pulses, www.crops.org/iyp. Information provided includes K-12 Education, Beans in the News, Grown Your Own, and Delicious Ideas.