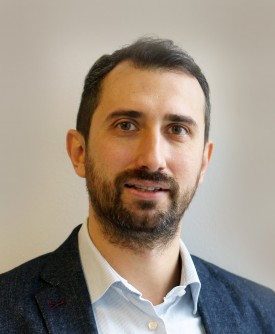 Newswise — Research led by scientists at the University of Birmingham shows more precisely how G protein-coupled receptors, which are the key target of a large number of drugs, work.

The human genome encodes hundreds of G protein-coupled receptors (GPCRs). These form the largest group of receptors through which hormones and neurotransmitters exert their functions on our cells, and are of highest importance as drug targets.  Around half of all prescribed drugs act on these receptors, with GPCRs helping in the treatment of widespread diseases such as hypertension, asthma and Parkinson's disease.

For a long time, scientists were convinced that GPCRs influence the activity of the cell via activation of various intracellular signalling cascades while sitting at the cell surface. This belief has been shaken by a series of recent studies, which have suggested that GPCRs are also active in the cell interior.

Now two studies by an international team of scientists led by Professor Calebiro, of the University of Birmingham, published in Nature and Nature Communications, have identified a number of unexpected and significant discoveries.

The team has succeeded not only in deciphering what is happening in the cell interior but also, using a revolutionary live-cell microscopy technique, the scientists have observed for the first time individual receptors at work in intact cells.

“Prior to our research the fundamental question of how receptors and G proteins meet and interact had remained unanswered.

“We developed an innovative method based on single-molecule microscopy, which allowed us for the first time to visualize individual receptors and G proteins at work on the surface of living cells and to directly investigate how they meet and interact to transduce the signal to the cell interior.

“We found that receptor and G proteins meet and interact at specific locations at the plasma membrane, which we term ‘hot spots’.

“These hot spots increase the speed and efficiency of G protein activation, while allowing signalling to occur locally.

“It was a real surprise to be able to directly see and characterize these interactions as they happen in living cells and to be able to demonstrate the existence of hot spots, which had not been previously demonstrated.

“Our findings may allow us to modify receptor signalling in ways that far exceed simple receptor blockade or activation, as achieved with currently available drugs.

“Now that we can precisely investigate receptor-G protein interactions in living cells, we hope that this will lead to the development of new drugs for a variety of human diseases with better efficacy and less side effects.”