Dr. Susan Done, a pathologist at Princess Margaret Cancer Centre, says the findings of this study could one day lead to more precise breast cancer screening and prevention. 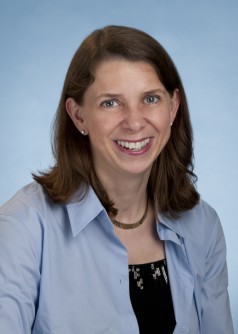 Newswise — (TORONTO, Canada – Nov. 1, 2017) – Breast cancer researchers have mapped early genetic alterations in normal-looking cells at various distances from primary tumours to show how changes along the lining of mammary ducts can lead to disease.

The findings of the multidisciplinary team of surgeons, pathologists and scientists led by principal investigator Dr. Susan Done are published online today in Nature Communications. Dr. Done, a pathologist affiliated with The Campbell Family Institute for Breast Cancer Research at Princess Margaret Cancer Centre, University Health Network, is also an associate professor in the Department of Laboratory Medicine and Pathobiology, University of Toronto.

“We have found another piece in the cancer puzzle – knowledge that could one day be used for more precision in screening and breast cancer prevention, and also help with therapeutic approaches to block some of the earliest alterations before cancer develops and starts to spread.”

Lead author Moustafa Abdalla writes: “Almost all genomic studies of breast cancer have focused on well-established tumours because it is technically challenging to study the earliest mutational events occurring in human breast epithelial cells.” Instead, this study found a way to identify early changes that preceded the tumour, enabling better understanding of cancer biology and disease development.

“Normal breast epithelium from the duct giving rise to a breast cancer has not been previously studied in this way.”

Dr. Done explains: “Most breast cancer starts in the epithelial cells lining the mammary ducts. But the breast ducts are complex structures, like the branches of a tree. Guesstimating which duct is close to the tumour is not very accurate. Thanks to our surgeons, we were able to obtain samples along normal-looking ducts close to the nipple and close to the tumour, as well as samples on the opposite side of the same breast to study and compare.”

In the operating room, surgeons inserted a fibre-optic scope through the nipple into the ducts below, and then injected dye into cancerous breasts being removed. This ductoscopy technique enabled the pathologists to identify the exact duct leading to the tumour and subsequently classify genetic alterations either increasing or decreasing as they moved nearer to the cancer.

“Cancer is not a switch that happens overnight. Once a patient notices a lump the tumour has been present for some time accumulating genetic changes. It is difficult at that point to identify the first changes that may have had a role in initiating or starting the cancer,” says Dr. Done.

The research further identified genes that seem to be acting together in groups or pathways. “Some of these genes were either increased or decreased in the area of the tumour, no matter the type of breast cancer, and this is important because within the patterns we identified were predictable alterations. This meant we could determine from the sample where it came from in the breast,” says Dr. Done.

“Our research demonstrated and supports earlier research from elsewhere that changes in cells occur before you can see them. The fact that changes are already present in different regions of the breast could be important in the delivery of radiation therapy or surgical margin assessment. We’re a long way from bringing this into clinic, but it is something we will think about as we continue our research.”